U.S. President Barack Obama said in an interview aired on Wednesday that he "absolutely" will get healthcare reform completed in 2009 but declined to say what the final package would eventually look like.

"Yes, absolutely," Obama said on ABC’s "Good Morning America," when asked whether an overhaul will be completed this year. "We’re going to get it done."

But Obama declined to say whether he would sign a bill that taxes healthcare benefits, an idea backed by some lawmakers in Congress.

"I’m going to wait and see what ideas they come up with. I suspect that when they start seeing what the options are, they might end up concluding that the options we’re presenting are the best ones," he said.

Obama said he would prefer to reduce tax deductions for the wealthiest to pay for the overhaul.

The United States spends some $2.5 trillion annually on healthcare, about 16 percent of gross domestic product, but trails many developed countries on important measures of health. Some 47 million Americans are uninsured and have little access to the healthcare system. 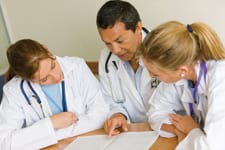