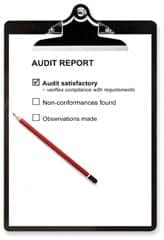 In late 2006, HMS Diagnostics Inc, a Houston-based sleep testing lab, got a knock on the door from the FBI, the US Attorney’s Office, and the Office of Inspector General (OIG) of the US Department of Health and Human Services. The government wanted to look into the lab’s Medicare billing practices.

The lab had enrolled in the Medicare program as an independent diagnostic testing facility, or “IDTF.” Medicare’s IDTF rules require that the sleep technicians who perform the overnight sleep test hold specified credentials, such as certification from the Board of Registered Polysomnographic Technologists (BRPT).

The lab had obtained AASM accreditation, and no doubt had at least one RPSGT on staff. But it turned out that HMS’ certified personnel did not attend every overnight test.

It was a mere oversight perhaps to HMS, but the government took a different view. According to a statement from the US Attorney’s Office of the Southern Division of Texas, HMS agreed in January of this year to pay the government $564,532 to settle allegations of False Claim Act violations for sleep tests performed without certified techs going back for five and a half years.

The Houston lab’s experience is instructive regarding the legal risks for sleep medicine providers for 2009 and beyond. These risks center on heightened government scrutiny, changing Medicare reimbursement rules, and new personnel license disputes.

Sleep Is on the Government’s Radar. Each autumn, the Office of Inspector General publishes its Work Plan for the upcoming year. The Work Plan lists those Medicare service areas that the OIG intends to study as possible drivers of program fraud and abuse.

The appropriateness of sleep testing runs the gamut from proper documentation to potentially abusive relationships between test providers and their referral sources. Billing compliance touches on all aspects of test performance, from staffing to licensure to compliance with arcane billing rules such as the newly expanded Anti-Markup Rule and reading physician qualifications discussed below.

Each RAC is to identify billing errors and force providers to refund overpayments to the various Medicare MACs. RACs take home a percentage of the improper payments they collect from providers. As such, they are highly motivated to find errors.

Worse, RACs don’t need to prove or allege fraud to force refunds or recoupment. A mere finding of a billing error will trigger refund obligations.

The best defense a sleep medicine provider can take in advance of a RAC review is to perform a diagnostic review of the provider’s own Medicare billings for errors. Systemic billing errors should be corrected and the need to refund overpayments, if found, should be discussed with legal counsel.

Maintaining compliance with Medicare rules requires keeping up with the changing reimbursement rules for sleep testing and therapy. A few of the changes appear below.

New NCD for Medicare Coverage of Home Sleep Apnea Testing. While Medicare has covered CPAP arising out of a home sleep test since March 2008, it had been unclear whether Medicare would reimburse the provider of the home test itself. That uncertainty disappeared when CMS included home sleep tests in its National Coverage Determination (NCD) for sleep testing.

An NCD establishes general standards of medical necessity for a covered service. Local MACs must adhere to these minimum standards in adopting Local Coverage Determinations (LCDs), which govern test coverage in their jurisdictions.

The new NCD for sleep testing confirms sleep test coverage not only for in-lab, attended polysomnography but also for unattended sleep testing performed in or out of a sleep facility using any of a Type II device, a Type III device, or a Type IV device (defined to include airflow measurement). The NCD also provides coverage for devices that measure three or more channels, including actigraphy, oximetry, and peripheral arterial tone.

Physician Qualification to Read Sleep Tests. Significant questions have recently been raised about the qualifications of physicians who supervise or interpret sleep tests. In the IDTF situation, the IDTF must show that the supervising physician has proficiency in the performance and interpretation of the test. Some Medicare MACs list the exact medical certifications the supervising physician must hold to evidence proficiency in sleep, such as a DABSM or a specialty in neurology or pulmonology. Your local MAC can confirm the categories in your area.

Some Medicare MACs offer guidelines for the qualification of reading physicians outside the IDTF setting. For example, the most recent LCD from Trailblazer Health Enterprises, LLC, for Polysomnography and Sleep Studies states that the physician who reads the sleep test must be a “physician or doctoral level professional with satisfactory training in sleep medicine and significant experience in interpretation of standard polysomnograms.” See Trailblazer LCD #4F-76AB, effective February 4, 2009.

Reading Physician Qualification and CPAP Coverage. Each of the four DME MACs has issued Local Coverage Determinations describing medical necessity of CPAP therapy in their jurisdictions. In part, these local determinations condition Medicare coverage of CPAP on certain aspects of the underlying sleep test. Qualification of the physician who reads the underlying sleep test is one such criterion.

This leads to the anomalous result that CMS will reimburse a sleep test provider for performance of the sleep test when interpreted by a noncertified physician, but will refuse to cover a Medicare beneficiary who seeks CPAP therapy if CPAP is ordered from the same test. Test providers should adhere to the more restrictive CPAP rules to protect against a Medicare beneficiary being denied coverage for CPAP due to the test provider’s failure to utilize a physician holding the magical qualifications.

There is an important final note to physician qualification. Each of the four DME MACs requires in their LCDs that for PAP devices with initial dates of service on or after January 1, 2010, physicians who interpret full, in-lab polysomnograms (Type I) must meet one of the four magical credentialing requirements now reserved for home test interpretations. This means that beginning next year, all reading physicians must have the “magic” as a condition to Medicare coverage of the CPAP device and supplies, not just the readers of the home test.

Anti-Markup Rule. Effective January 1 of this year, CMS adopted a broadly expanded “Anti-Markup Rule” affecting the rate of reimbursement for diagnostic tests. The rule limits the amount Medicare will pay for tests, including sleep, unless the person performing the test “shares a practice” with the entity billing the test.

The rule derives from the former “Purchased Diagnostic Rule.” That rule restricted physicians from paying “outside suppliers” one price to acquire a test—say $800—then billing Medicare for the same service at a “mark-up”—say $1,000 in this example. Then, as now, the rule says that Medicare will reimburse the billing physician the lesser amount ($800) to defeat the physician’s ability to profit $200 in the transaction.

In response, state sleep societies have formed or otherwise been involved in sponsoring legislation to exempt sleep professionals from the definition of respiratory care or establish new licensure procedures for PSG technologists.

Since the rules of the game are changing and sleep medicine is experiencing greater scrutiny, it’s imperative that labs pay close attention to changing law and policy. As the experience of HMS Diagnostics shows, failure to play by the rules has costly repercussions that can strain the bottom line and stain the business’ reputation.

One way for sleep labs to decrease the risk of regulatory sanctions if the government comes knocking is the adoption of a Medicare Compliance Plan. Effective compliance plans can help providers detect and remedy noncompliant services or billing. The government will consider the existence of an effective compliance plan as a mitigating factor in determining penalties or the need to compel a detailed corporate integrity agreement on the offending Medicare program participants.

Daniel B. Brown, Esq, is a health care attorney resident in the Atlanta office of Greenberg Traurig, LLP. He can be reached at sleepreviewmag@allied360.com. 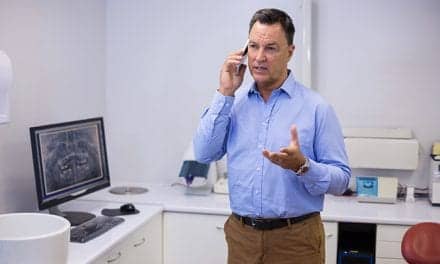 Did Medicare Recently Start Denying Claims for Your Patients’ Oral Appliances? Here’s Why. 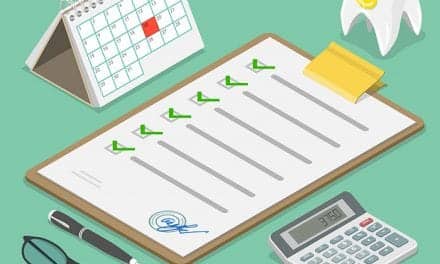 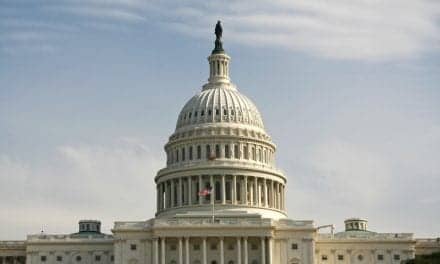