In response to concerns from the aviation medical community, the Federal Aviation Administration (FAA) earlier this month sent draft guidance for Aviation Medical Examiners (AMEs) on obstructive sleep apnea (OSA) to industry medical representatives to review. Untreated OSA has always been and will continue to be a disqualifying medical condition, the agency reiterated.

The revised guidance aims to improve safety and pilot health by reducing the burdens and disincentives that may have prevented some pilots from getting an OSA evaluation and treatment. Highlights include:

“While some details still need to be worked out, the draft guidelines developed by FAA represent a significant step in the right direction over the policy announced last year,” says Jim Coon, senior vice president of government affairs for the Aircraft Owners and Pilots Association (AOPA), on the association’s website.

While the AOPA is optimistic about the revised guidance, the National Sleep Foundation (NSF) sees cause for optimism as well, in its case in the US Senate. It appears unlikely that Senate Bill 1941, which would mandate rule-making on the aviation industry-OSA issue, will move forward. The NSF led a lobbying effort with leaders in the sleep community, including doctors and business people, against S 1941. Similar to the NSF’s stance on the Public Law #113-45, the NSF, others in the sleep community, and the FAA’s own Flight Surgeon oppose rule-making for numerous reasons, including the lack of any timetable during which a rule must come forward.

In February, the House passed a bill, supported by the AOPA and the National Business Aviation Association, in support of rule-making; however, it appears now that a compromise of stakeholder-accepted guidance may win out. 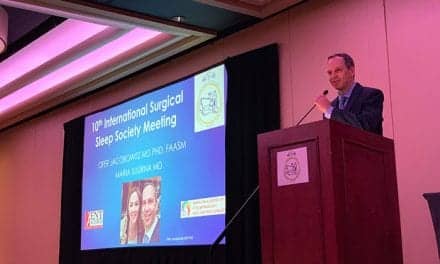 Toward a Better Understanding of Sleep Surgery