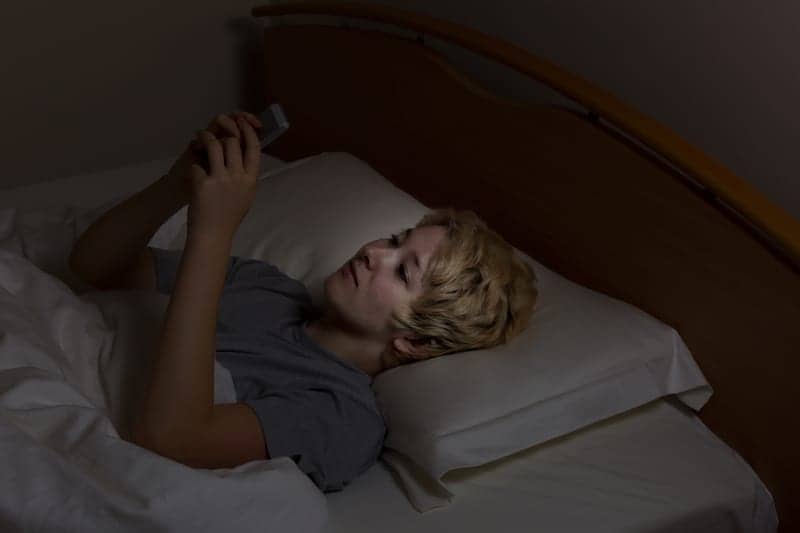 An NJTV News report indicates that an Edison school district study showed that over 60% of teens are not getting enough sleep because of late night texting.

The recording says it all. High school students weren’t even able to make it through a sleep study session without resisting the urge to respond to that late night text. The effect of smartphones on teenagers’ sleep is the focus of new research by JFK Medical Center.

“It comprised 3,000 students, it’s the largest in the U.S. of its type and it was very revealing,” Dr. Peter Polos said.

The one-year study in Edison school district showed that over 60 percent of students are not getting enough sleep because of late night texting or phone use, and 20 to 25 percent are awakened from their sleep responding to texts.

“We’re talking about a chronically sleep deprived adolescent and, in my opinion, adult population,” Polos said.

Polos is a sleep disorder specialist and lead the research. He says more than 70 percent of the participants reported getting less than the recommended eight hours of sleep a night, usually just five to six.

View the full story at www.njtvonline.org

Casper Opens a Storefront for $25 Naps