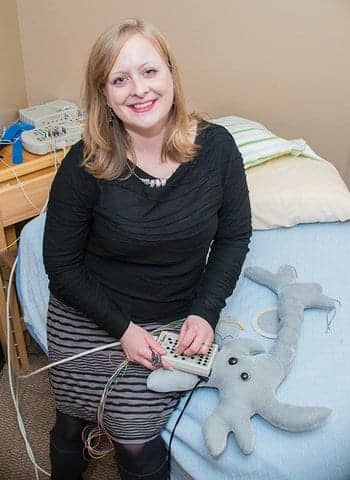 Jennifer Peszka, PhD, of Hendrix College was named the 2015 Arkansas Professor of the Year, as reported by River Valley & Ozark.

The Hendrix College psychology professor was named the 2015 Arkansas Professor of the Year by the Council for Advancement and Support Education and the Carnegie Foundation for the Advancement of Teaching.

“I think there are so many fantastic teachers at Hendrix — and in Arkansas — so I think even getting your name on the list, even being nominated, is super amazing,” she said.

The Harrison native began teaching at Hendrix in Conway in 1999 and started a sleep lab on campus about two years later, she said.

Peszka received her award Nov. 19 during an awards luncheon in Washington, D.C.

Get the full story at www.arkansasonline.com

Make Room for New Members With an Offshoot Association

The Best White Noise Machines to Help You Sleep Through Anything

Expert Reaction to Study on Sleep Traits and Breast Cancer

An Insurance Giant Pays Its Employees to Sleep