What Nightmares Can Tell Us About Our Health

Nightmares could be a sign of mental health issues, reports CNN.

If bad dreams start frequenting your nights, it could be a sign of health problems. An estimated 2% to 8% of adults can’t get rest because terrifying dreams wreak havoc on their sleeping patterns.

In particular, nightmares can be an indicator of mental health problems, such as anxiety, post-traumatic stress disorder and depression.

A phenomenon called REM sleep behavior disorder, in which a person acts out aggressive dreams by screaming, moving around or jumping out of bed, could also predict neurological diseases like Parkinson’s, according to research.

Get the full story at www.cnn.com 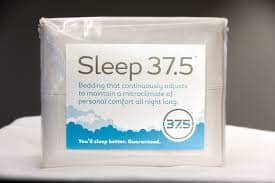 Will A Set Of Sheets Make You Sleep Better?

Solriamfetol Improves Quality of Life in People With Narcolepsy

How Memories Stabilize During Sleep