As part of a pilot program in response to a fatal train derailment, Metro-North has referred 84 locomotive engineers for sleep apnea testing, according to Lohud.

Earlier this year, the railroad’s Occupational Health Services department gave physical exams and a survey to 320 of its 406 engineers. Based on that screening, 84 will be referred to a sleep disorder specialist for further evaluation, officials said.

“(It’s) a much lower percentage than we originally anticipated,” Metro-North’s chief safety officer, Anne Kirsch said during a Metro-North committee meeting this week. “We expect results within the next few months.”

Those referred will be given training and equipment to use for an at-home overnight sleep test, including a prepaid mailer the engineer uses to send in the materials for evaluation.

The program is expected to eventually be expanded to Long Island Rail Road and New York City Transit.

Get the full story at www.lohud.com 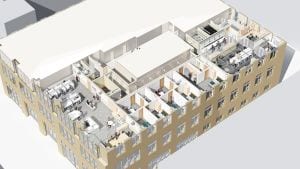 Mayo Clinic to Study the Health Effects of the Built Environment