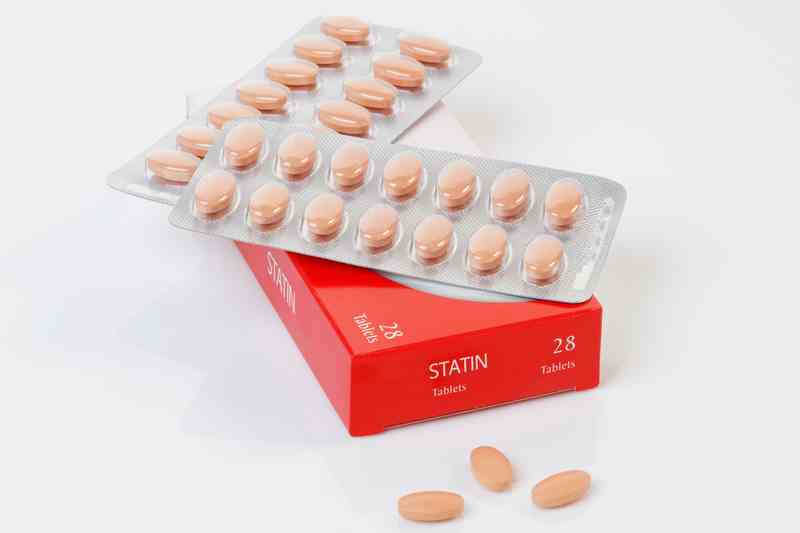 A study conducted at Columbia University Medical Center (CUMC) has revealed some of the underlying mechanisms that may increase the risk of heart disease in people with sleep apnea. The study also found that statins—the cholesterol-lowering medications commonly prescribed to combat heart disease—may help reverse this process.

The study was published in the Jan. 6, 2016 online edition of Science Translational Medicine.

More than 18 million adults have obstructive sleep apnea (OSA), in which relaxation of muscles in the throat during sleep causes frequent interruptions in breathing. The condition disrupts sleep and causes fluctuations in oxygen levels, which can lead to excessive daytime sleepiness and difficulty concentrating. In addition, sleep apnea triples the risk for developing heart disease, including hypertension, and ischemic stroke.

“It has been well documented that sleep apnea is a powerful and independent risk factor for heart disease, but the underlying reason for this has remained unclear,” says Sanja Jelic, MD, associate professor of medicine at CUMC, in a release. “The aim of our study was to understand the mechanisms by which sleep apnea may lead to heart disease in an effort to reduce the risk.”

The study included 128 people who underwent sleep studies at CUMC’s Sleep Disorders Center, including 76% who were diagnosed with OSA and 52 people who did not meet the criteria for this condition. The researchers analyzed cells that line blood vessel walls (obtained from the participants’ arm veins) to look for differences that may explain the increased risk for heart disease in people with OSA. 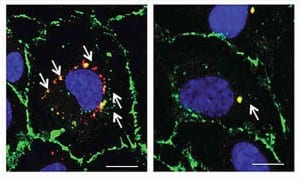 Arrows indicate that more CD59 is drawn into the cell in people with sleep apnea who are not taking statins (left); whereas more CD59 remains on the cell surface in those taking statins (right). Image courtesy Lab of Sanja Jelic/Columbia University Medical Center

The investigators found that people with OSA had higher levels of a protein called CD59, which inhibits the buildup of inflammatory proteins on cell surfaces. Unexpectedly, however, CD59 was found mainly within the cells of those withOSA, instead of on the cell surface. As a result, the cells of the OSA group had larger deposits of inflammatory proteins.

“This unexpected finding suggests that repeatedly interrupting oxygen flow during sleep draws CD59 away from the cell surface, where it is better positioned to do its job in protecting cells from inflammation,” says Jelic.

The researchers also noticed that CD59 was preserved on the cell surface in a small subset of subjects with OSA who were being treated with statins, similar to those who did not have OSA. Further testing revealed that cholesterol draws CD59 away from the cell surface in a process known as endocytosis.

“We were surprised to discover that these commonly prescribed drugs appeared to reverse the process that leads to vascular injury, and ultimately heart disease, in people with sleep apnea,” says Jelic. “This striking result provides support for the concept that statins may be considered as a primary prevention strategy for reducing heart disease risk in people with sleep apnea, pending further clinical trials.”