Moderate to severe obstructive sleep apnea (OSA) is independently associated with an increased risk of stroke, cancer, and death, according to a new study.

“Sleep apnea is a common disease that has a powerful impact on public health because it greatly increases the risk of strokes, cancers, and mortality from any cause,” says lead author Nathaniel S. Marshall, PhD, senior lecturer in clinical trials at the University of Sydney in Australia, in a release.

Study results appear in the April 15 issue of the Journal of Clinical Sleep Medicine, which is published by the American Academy of Sleep Medicine (AASM).

The study involved 397 adults who are participating in the ongoing Busselton Health Study. Objective sleep data were gathered in 1990 using a portable home sleep testing device. Participants with a history of stroke or cancer were excluded from selected analyses.

Prevalence rates were 4.6% for moderate to severe OSA and 20.6% for mild OSA. During the 20-year follow-up period, there were 77 deaths and 31 strokes, as well as 125 cancer events that included 39 fatalities. Mild sleep apnea was not associated with increased health risks.

“Obstructive sleep apnea is a chronic disease that can be destructive to your health,” says AASM President Dr Safwan Badr. “People with symptoms of sleep apnea, such as loud and frequent snoring or silent pauses in breathing during sleep, should see a board certified sleep medicine physician for a comprehensive sleep evaluation.”

The results of this study are consistent with the findings of previous research conducted in the United States and Spain, the authors note. 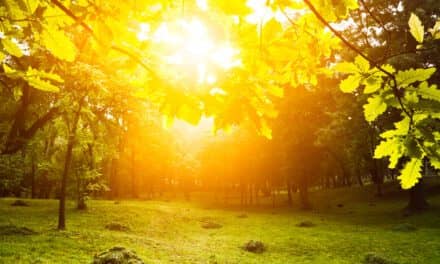