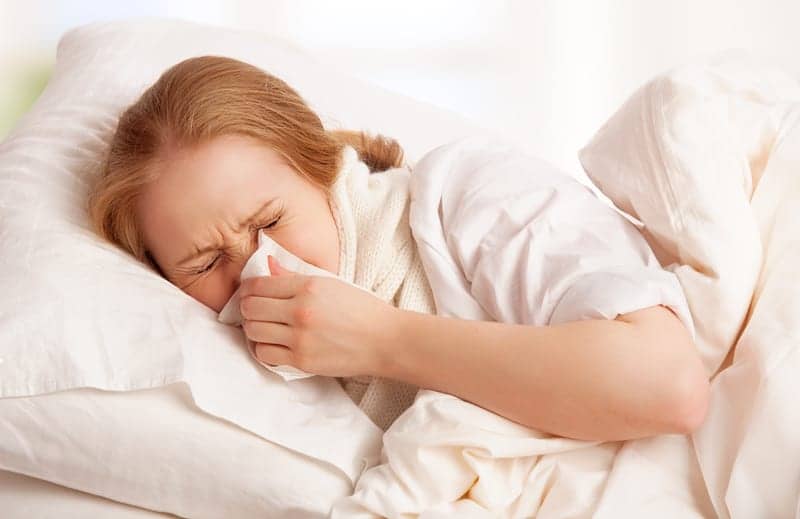 Washington State University (WSU) Spokane scientists have found a brain protein that boosts the healing power of sleep and speeds an animal’s recovery from the flu.

Research by WSU Regents professor James M. Krueger has determined that a brain-specific protein is uniquely involved in sleep responses triggered by the influenza virus in mice. Without the protein, animals develop more severe symptoms of infection and die at higher rates than regular or control mice.

Krueger says the discovery could lead to alternative treatments for influenza and other infectious diseases, possibly by using intranasal sprays to stimulate the production of the brain protein, called AcPb.

Previous research indicates that sleep is necessary for a healthy immune system and plays a critical role in the body’s response to bacterial and viral infections.

In the study, mice who lacked the gene for AcPb slept less after being infected with influenza virus. They also became chilled, grew sluggish, lost their normal circadian rhythms, and ultimately died in higher numbers than the mice who slept longer.

Krueger’s findings were reported in the journal Brain, Behavior, and Immunity in November.

For the study, Krueger and his colleagues gave an intranasal dose of mouse-adapted H1N1 influenza virus to both regular mice and those lacking the gene for AcPb. H1N1 is the strain of influenza that swept across the world in the 2009 pandemic.

“Influenza is a lung disease,” Krueger says, “and deaths probably occur from fluid building up in the lungs. But now, we see that without AcPb in the brain, the virus is even more deadly. Why would the brain be regulating a lung disease?

“We knew that the virus replicated in the lungs,” he says, “but we’ve discovered it also reaches parts of the brain—causing an inflammatory reaction involving interleukin-1 and AcPb. That reaction induces the increased sleep response that helps the body overcome an infection.”

Interleukin-1 is also one of the inflammatory molecules responsible for the freezing, aching, feverish misery of the flu.

“This finding expands our knowledge of the molecular pathway involved in recovery from influenza,” says Krueger, who hopes virologists will take note.

Speculating on possible new treatments for the flu, Krueger explained that the interleukin-1-AcPb signaling complex is linked to a different molecule in the immune system called growth hormone releasing hormone (GHRH) and its receptor (GHRHR).

He says GHRHR was “previously shown to be critical to the healing sleep responses induced by the influenza virus, so this may offer another potential clinical approach to treat influenza and other microbial diseases.”

Krueger says that while GHRH has not yet been used for treating infectious disease, other scientists are experimenting with it as a possible aid for memory and sleep.

A 2012 study by Laura Baker, a memory researcher at the University of Washington & VA Puget Sound Health Care System in Seattle, showed that daily injections of GHRH boosted the mental agility of older people with and without mild cognitive decline.

And in 2009, German scientists developed an intranasal spray using interleukin-6 that was said to help the brain retain emotional and procedural memories during REM sleep.

New Rules to Cut Red Tape for Doctors and Hospitals