Psychologists at the University of Alabama at Birmingham have found evidence that the cardiovascular systems of exhausted individuals are forced to work harder when they attempt to complete tasks. The research found that fatigued individuals had larger blood pressure increases than rested individuals under conditions where they viewed the completion of tasks, such as those at work, as both possible and worthwhile.

Results are tied to the theory that when fatigued individuals perceive a task as achievable, they increase their effort to make up for their diminished capability due to fatigue. This, in turn, increases blood pressure, where it remains until the task is completed or abandoned.

“It might be argued that fatigue is of little concern from a health standpoint because people will tend to withdraw effort once they become fatigued,” says lead researcher Rex Wright, PhD. “The problem with this view is that it fails to recognize that people do not always have the luxury of withdrawing effort. For example, a single parent with a small child who must maintain their performance level at work despite extreme and persistent fatigue.”

The findings of the psychologists are particularly important because of the well-known link between cardiovascular responsiveness and negative health outcomes, such as hypertension.

“Individuals who experience chronically exaggerated cardiovascular responses are believed to be at greater health risk than individuals who do not. Thus, the implication is that chronic fatigue may pose a health risk under some performance conditions,” says Wright.

Results were published in the July issue of the International Journal of Psychophysiology. 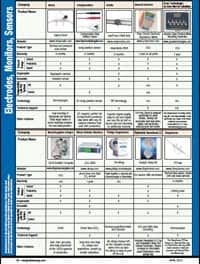