Veterans Find Relief from Nightmares with NightWare and Apple Watch 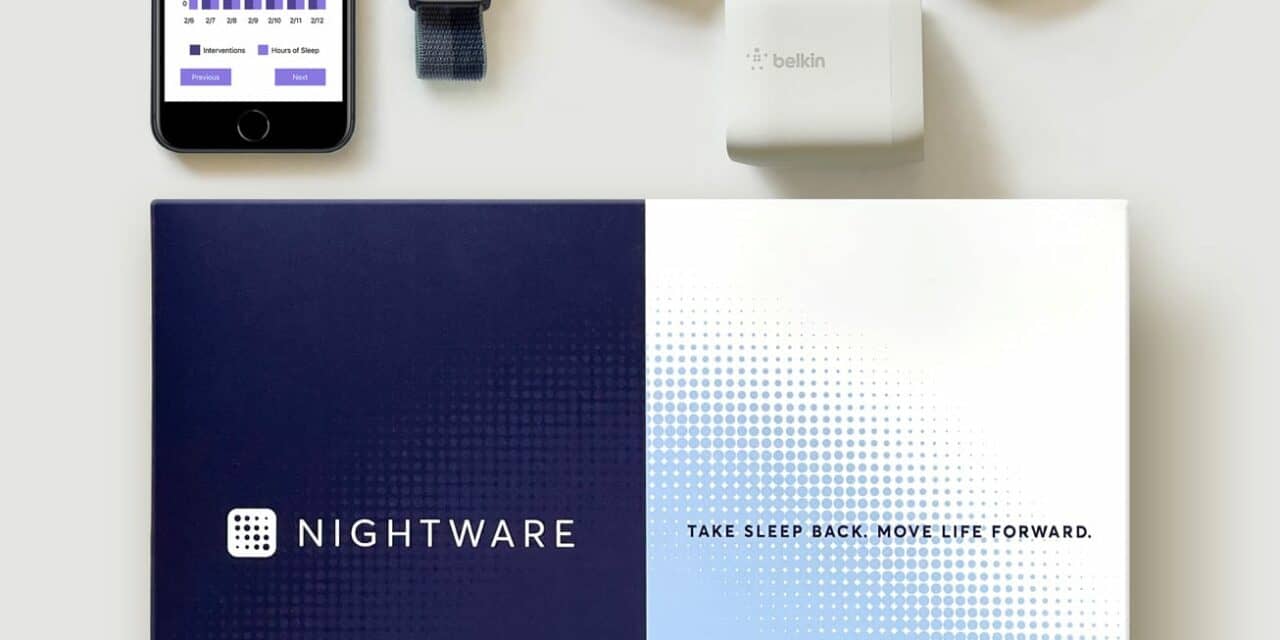 Every night for more than a decade, Robert Guithues dreaded closing his eyes and falling asleep. That’s because when he did, he was transported back to the burning oil fields outside of Baghdad, or to a forward operating base in the mountains of Afghanistan, where his unit was attacked for 278 days out of its yearlong mission there.

“Your mind and your psyche are not meant to take some of the stuff that you run across when you’re deployed and fighting a war,” says Guithues, who retired as a first sergeant in the Army in 2012 after serving for more than 20 years. “As time went on, my nightmares became more vivid and physical — thrashing around, calling out names and commands. And if there was thunder or lightning outside, I wouldn’t go to bed until the sun came up. At my worst point after I got back from Afghanistan, I didn’t sleep for three months.”

That all changed when he discovered NightWare.

NightWare is a digital therapeutic system that works in conjunction with Apple Watch and iPhone* to disrupt nightmares related to post-traumatic stress disorder. Available by prescription only, it’s also the first and only digital therapeutic developed specifically to treat nightmares that is cleared by the FDA. NightWare uses information from the Apple Watch heart rate sensor, accelerometer, and gyroscope to detect a nightmare and then disrupt it through haptic feedback, generating gentle pulses on the wrist that gradually increase until the user is roused from the nightmare, but not from sleep.

The prototype was created by Tyler Skluzacek in 2015, when he was studying computer science at Macalester College in Minnesota. His father had developed PTSD during his two-decade military career, and Skluzacek wanted to see if technology could provide a solution. The concept was based on the way a service dog gently nudges its owner to help stop a nightmare.

Not long after he created the prototype, Skluzacek met Grady Hannah, who is now NightWare’s CEO. Hannah has spent the last seven years bringing NightWare to market, and credits Apple’s ecosystem as crucial to that process.

“We had to get an independent security audit and submit it for FDA clearance,” says Hannah. “And because NightWare runs on iPhone and Apple Watch, I think the quality and security of those products were key factors in getting that clearance. It’s important to us that NightWare is functioning optimally for so many people who have given so much of themselves.”

Brian Robertson is a sleep medicine doctor who spent 25 years in the Army, retiring as a colonel. Before he became NightWare’s chief medical officer, one of his last postings was running the sleep disorder clinic at Walter Reed National Military Medical Center.
Through the thousands of soldiers he’s treated over the course of his career, Robertson has seen firsthand the devastating consequences of PTSD. Eighty percent of PTSD patients suffer from nightmares, sleep disturbances increase the risk of suicide, and the suicide rate for US veterans is 52% higher than for nonveterans.

“Before NightWare, we didn’t really have any great solution for nightmares, and that’s a huge problem because for so many active-duty and retired service members, they are debilitating,” says Robertson. “There is a medication that a lot of them are on called Prazosin, which is actually a blood pressure drug, but it doesn’t work for many patients, has a lot of side effects, and also decreases your athletic performance. And in the military, athletic performance is very, very important.”

Robert Guithues knew Prazosin well — after he returned from Afghanistan, it was one of the 30 pills he was taking daily to help with the injuries he sustained while deployed, including PTSD and nightmares. But sleep was still elusive, and he knew there had to be a better solution than the drugs, which he feared were doing more harm to his body than good.

In 2018, he discovered an article about NightWare and asked his doctor if he could write a prescription for a kit that included Apple Watch and iPhone. When the devices arrived, they were already programmed with NightWare and ready to use.

On the second night of using the system, Guithues slept for nine hours — something that hadn’t happened for him in more than a decade. He credits NightWare with healing his mind, helping to reduce the number of medications he’s taking by half, and saving his life.

“Some of the most horrific sights I’ve ever seen kept playing over and over, but when I started using NightWare, they stopped,” says Guithues. “In the morning, the device will tell me it’s intervened 25 or 30 times through the night, and I never woke up once. It’s to the point where I don’t remember any of the old nightmares.”

And he’s not alone.

Currently, NightWare is prescribed to 400 patients in the US, 98% of whom are active-duty military or veterans. A new study in the peer-reviewed Journal of Clinical Sleep Medicine shows that participants who used NightWare at least 50% of the time had significantly better self-reported sleep quality compared to participants not using NightWare.

“The results of our first published clinical trial demonstrate NightWare’s efficacy, and Apple technology is a critical part of that,” says Hannah, NightWare’s CEO. “NightWare benefits from so many of the singular features of the Apple ecosystem — the hardware and design of Apple Watch, the quality control standards, the ease of software integration and deployment — it all comes together to create a system that is changing lives.”

Guithues believes NightWare could help so many other service members, especially because it’s not a drug and it won’t affect their deployment status.

“There are so many times I’ve been notified one of my soldiers has died — they’ve taken their own life, and I know not being able to sleep was a huge part of that,” he says. “So I feel a responsibility to share my experience with NightWare because I can’t keep watching this happen knowing there’s something out there that could be helping them. If I can get this system into another soldier’s hands, I will feel like I’ve left something behind — I can take a knee and feel like I’ve done my part to help.”

The nonprofit Semper Fi & America’s Fund has supported tens of thousands of wounded service members, veterans, and military families since its inception in 2003, and is helping to subsidize NightWare prescriptions for those without insurance coverage. Sue Baker has been a caseworker at the organization for more than a decade and has witnessed NightWare change lives.

“I’ve seen so much relief and happiness from the veterans who we’ve helped to get this product,” says Baker. “And I would encourage any veteran out there who is wrestling with nightmares to give NightWare a try because there really is hope. Your life can be different, and there is something out there that I have seen work.”

In combat, a soldier’s six o’clock position is directly behind them, and is the most vulnerable. The expression “I’ve got your six” means that one soldier is watching another’s back and they’re protected.

“To me, this system is like the man in the foxhole next to me,” says Guithues. “I tell all the soldiers I know who are going through this, ‘Listen, NightWare has got your six. You don’t have to worry about it — it’s taken over the fight. You can rest now.’”

*NightWare is a Class II medical device that delivers the NightWare therapy through a dedicated closed-system specially provisioned Apple Watch and iPhone. In this configuration, iPhone and Apple Watch functionality is limited to running the NightWare app.

Story and photos by Apple. Reprinted with permission from Apple media relations. 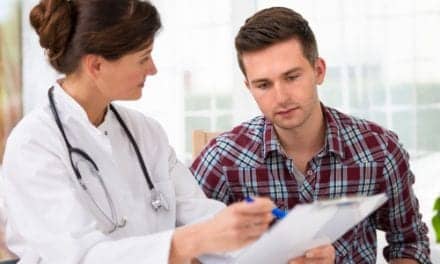 Circadiance Partners with The VGM Group