Sticking with the Position 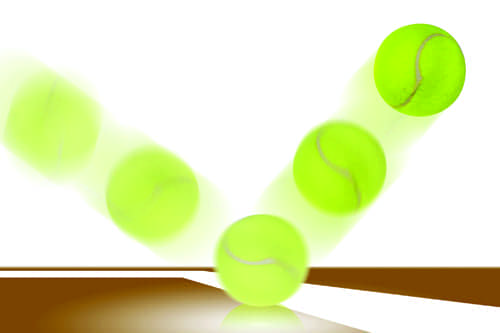 The traditional “tennis ball technique” for treating positional obstructive sleep apnea has poor long-term compliance. A new breed of technology may change this.

The traditional method of controlling positional obstructive sleep apnea (OSA), the so-called “tennis ball technique” in which the patient uses a physical device to avoid the supine posture during sleep, is inexpensive, easy to implement, and effective in the short term. But its compliance and effectiveness drop in the long term.1

As it has in other areas of sleep medicine, technology is offering solutions to improving compliance for treatments of positional OSA by making treatment easier, less invasive, and more data driven.

Several devices are currently on the market in the United States and abroad that researchers are finding to be even more effective, and more importantly, they improve compliance over longer stretches of time.

Pros and Cons of Tradition

About 70% of OSA patients have a supine component, so need some form of positional therapy, says Daniel J. Levendowski, president and co-founder of Advanced Brain Monitoring, which produces the FDA-approved Night Shift device.

While the high incidence of a supine component in OSA is notable, more important is to determine how severe the positional OSA is and how it will be improved through treatment.

Ilene Rosen, MD, program director for the University of Pennsylvania Sleep Fellowship and an associate professor of clinical medicine for the University of Pennsylvania School of Medicine in Philadelphia, says, “Positional apnea is defined roughly as the presence of apnea that is significantly worse with the patient in the supine position. It usually has to be two times more in supine sleep on your side or in the prone position. If someone has an apnea hypopnea index (AHI) of 20, which is currently defined as moderate sleep apnea, and it is 14 on his or her back and 7 on his or her side, maybe that person could get treated with positional therapy, because 7 is a little elevated. What you want to see instead is normal in the lateral position and two times more on the back, which drives calling that a ‘disease.’” Rosen is also a member of the board of directors for the American Academy of Sleep Medicine.

While the long-term effectiveness of the tennis ball technique is in question, there is little doubt that in the short term it is effective. According to a study published in the Journal of Clinical Sleep Medicine, short-term compliance for the tennis ball technique was 42.3%. However, the same study found short-term compliance for the Sleep Position Trainer, which is available in Europe, was significantly higher at 75.9%.2

Arie Oksenberg, PhD, director of the Sleep Disorders Unit in the Loewenstein Hospital—Rehabilitation Center in Raanana, Israel, says the tennis ball technique is still a good treatment starting point, particularly for older patients, but has a fundamental drawback. 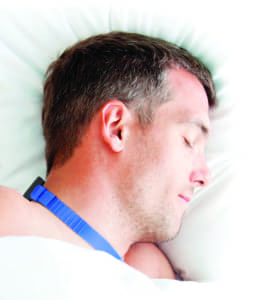 Worn on the back of the neck, Advanced Brain Monitoring’s Night Shift begins to vibrate when the user starts to back-sleep. The vibration slowly increases in intensity until the user changes positions.

“Unfortunately, the major problem with positional therapy is that it is not comfortable,” he says. “This is a key issue for any behavioral treatment. Our own data on a 6-month follow-up study3 on this issue, but mainly from the data of Bignold et al,1 showed that after 2.5 years, more than 80% of the patients no longer used positional therapy. So, for long-term use, this is far from being an optimal treatment.”

There may be another factor why the traditional tennis ball technique may not be as effective as the technological solutions. Eline Vrijland-van Beest, CEO of NightBalance, which produces the EU-cleared Sleep Position Trainer, says that previous research showed that between 20% and 30% of patients actually slept on the tennis ball.

This was a phenomenon that Oksenberg witnessed while doing his research on positional therapy. “During the night, the ball can move to the side and some patients—up to 25%—still sleep in the supine position in spite of having the tennis ball technique. They may wake up with some back pain in the morning, although I have had some patients that enjoyed feeling the tennis ball in their back,” he says. “Thus, the main issues for a low compliance with the tennis ball technique are discomfort and not being able to provide a radical solution. It is clear that any treatment that is not comfortable enough will not succeed in the long term.”

While the decidedly low-tech tennis ball technique is successful in the short term, several high-tech solutions currently available in the European Union, the United States, and Australia are promising not only to revolutionize treatment, but making compliance issues a thing of the past.

Vrijland-van Beest developed the Sleep Position Trainer while studying at the Delft University of Technology in the Netherlands in 2007. As with all of the state-of-the-art devices currently available on the market, the Sleep Position Trainer uses active vibration to have patients turn on their sides if they move to a supine position while asleep.

While these devices are relatively new—the Sleep Position Trainer was launched on the European market in 2012, Australia’s BuzzPod in 2009, and the Night Shift device in the United States in 2014—the concept is more than a century in the making. Vrijland-van Beest notes the first patent for a similar device was filed in 1872 by Sullivan, and the first vibrational device patent was filed in 1986 by Lloyd.

The Sleep Position Trainer is worn around the chest. A sensor measures the sleeper’s position and provides what Vrijland-van Beest calls “active feedback” to help patients move back into position. The device is activated 20 minutes after a patient falls asleep. The device is designed to give patients active feedback during an arousal period, timing it so that it doesn’t impact the patient’s sleep, she says.

The device is also designed to adapt to the patient. Vibration patterns and vibration strength are changed automatically if a patient is not responding to the active feedback. This is to counteract habituation effect that typically occurs with the long-term use of tactics such as the tennis ball technique. There is a “pause” button that allows patients—if they wake up—to put the device into a holding pattern for up to 20 minutes while they fall back to sleep. This is particularly helpful if the patient prefers to fall asleep in a supine position. 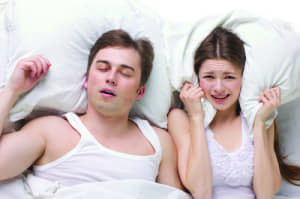 Positional obstructive sleep apnea is defined roughly as the presence of apnea that is significantly worse when the patient is on his or her back.

Compliance for the Sleep Position Trainer has been quite high. The initial study for the device—there are currently 17 ongoing research-led studies being conducted in Europe, according to Vrijland-van Beest—found that compliance was 92.7% in the short term. Long-term compliance has been at about 71.2%. The Sleep Position Trainer records the sleeper’s data, which is available to both the patient and the physician.

“If you make a device as comfortable and as non-intrusive as possible, it will result in high compliance,” Vrijland-van Beest says.

The Sleep Position Trainer is currently only available in the European Union, though Vrijland-van Beest says the company has plans to introduce it into other markets.

For clinicians and patients in the United States, the Night Shift device provides a high-tech option for positional OSA. It is produced by Advanced Brain Monitoring.

“It is designed to keep someone off his or her back, not through restriction, but through vibrational feedback. It vibrates like a cell phone and it increases slowly until the patient rolls off their back,” says Levendowski. “The big leap in technology is that vibrational devices are less burdensome. Trying to restrict someone with the tennis ball or other padding makes it hard to get to the one side or the other. Many people like to fall asleep on their back, and so our device and the Night Balance allow the patient to do that—we allow the patient 15 minutes to fall asleep to give feedback. We allow the patient to change that time, but few have.”

The Night Shift is FDA cleared to treat positional OSA with a non-positional AHI of less than 20. The device can be used with CPAP and oral appliances or on its own, Levendowski says.

The BuzzPod is currently available in Australia and also is worn around the chest. The device has been available since 2009. Small sensors in the device can detect if patients are on their backs or sides. As with the other devices, it offers vibrational feedback to patients to get them off their backs and on their sides. It also records the patient’s sleeping position.

An initial study by researchers in Australia found that the device helped to improve OSA, but not snoring. A new study in Australia by the same team is comparing the use of CPAP and the BuzzPod in treating OSA.

Michael Gorman, the engineer who developed the device, says that he had a simple motivation in its development. “What intrigued me was finding a way to make life better for these patients,” he says. “I wanted to help as many people as possible.”

As with the other devices, the BuzzPod is initially used without providing feedback, in order to get a patient baseline. The baseline period is for 2 to 4 hours. Gorman estimates compliance, based on patient/customer feedback, to be between 50% and 85%.

While these state-of-the-art devices may be the answer in effectively treating positional OSA patients in the future, there may be an even more fundamental issue to consider when looking at long-term compliance.

“In order to get good compliance with positional therapy, the first thing is to choose the right patient for positional therapy,” Oksenberg says. “A good sleep study, showing clearly that this is a positional patient, is the first step. The second one is to choose a valuable therapy that is comfortable—this is imperative. The new therapies have the potential to offer a better compliance than the tennis ball technique for long-term use.”

Like Oksenberg, Rosen sees the emergence of the new technologies as the key to better measurement of compliance.

Oksenberg notes some unknowns that still need to be solved regarding the technology. “Certainly, these devices are less bulky and appear to be more comfortable than the tennis ball technique, but only after good quality, long-term studies will we get the answer to [whether they’ll improve compliance],” he says. “These new devices are using a vibratory stimulus to advise the patient to avoid the supine posture. A major problem with this kind of device is the gradual habituation to this stimulus that may occur. This is a known and not always a simple problem to solve. It may be resolved by changing the intensity of the stimulus, the inter-stimulus interval, but better by changing the type of stimulus. Only accumulative data of many positional patients using these devices for long time periods will give the answer. One valuable issue is that some of these devices are able to store data on compliance and give daily and up to a year of information on sleep quality and treatment effectiveness, which is a really great advantage to the old tennis ball technique.”

While positional therapy for OSA hasn’t gone completely high tech—yet—clinicians and their patients are undoubtedly willing and eager to embrace it. “Sleep medicine is ripe for technology,” Rosen says.

She says that there are three things she hopes for any technological method to treat positional OSA: an effective way to get patients with positional OSA sleeping off their backs, technology to measure compliance, and feedback in real time.

Oksenberg is hopeful that technology will be at the forefront of making positional therapy, in general, more of a widely accepted treatment for positional OSA.

Los Angeles-based freelancer and regular Sleep Review contributor C.A. Wolski finds falling asleep in the supine position to be most comfortable; his wife’s occasional elbowing recommends positioning on his side is the better option. 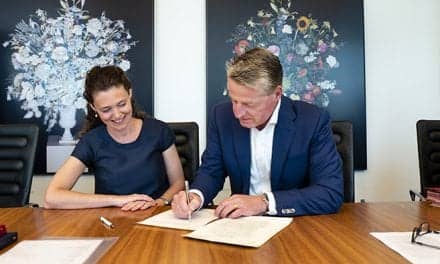 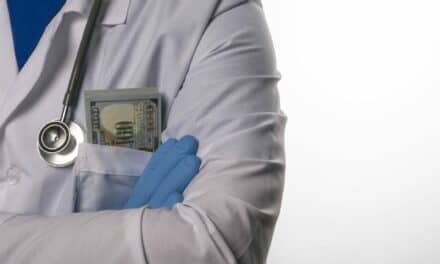 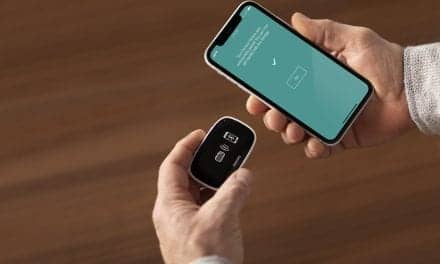 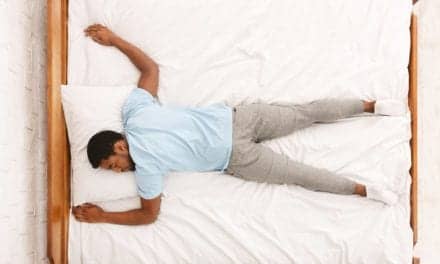