An over-the-counter sleep aid helps people suffering from occasional sleep difficulties fall asleep in less than 20 minutes, on average, and improves their reported quality of sleep, according to a study presented at the SLEEP 2016 conference. The study characterize the sleep benefits of diphenhydramine HCI (DPH), marketed for decades as a sleep aid. This study demonstrates (via both objective and subjective measures) that the liquid product ZzzQuil helped people with occasional sleeplessness achieve significantly better sleep on nights they used the medicine.

Thomas Roth, PhD, director of the Sleep Disorders and Research Center at Henry Ford Hospital in Detroit, was one of the study’s lead investigators.

The findings from this study answer two important questions for people considering taking a non-prescription sleep aid, says Roth. “Will it help me get to sleep faster and will I wake up feeling well rested and rejuvenated?” he says in a release. “This study demonstrates that diphenhydramine HCI can provide benefit to people who sometimes need help getting a good night’s sleep.”

The four-to-six week double-blind, placebo-controlled study analyzed the impact of DPH versus placebo on sleep in 33 people who suffer from occasional sleeplessness. Occasional sleeplessness is defined as those who reported two or more nights of trouble falling asleep (? 30 minutes). The sleep assessment was conducted in-home, and used three sleep instruments (two objective, one subjective) to assess the efficacy of diphenhydramine HCI 50 mg.

Study participants were ethnically diverse and in their 40s, on average.

In the study, DPH was found to improve several measures of sleep. Key findings include:

“Previous research has shown the important connection between sleep and overall health. A sleep deficiency of even a small degree can disrupt our lives in a number of ways—from a setback in daily routine to bringing about or exacerbating existing chronic diseases,” says Andrew N. Carr, PhD, clinical scientist and study co-author, Procter & Gamble. “This study has further validated diphenhydramine’s use in helping people with sleep issues fall asleep faster and get the quality sleep they need. This unique approach enables future studies to understand how these products could impact the day-to-day activities of those looking for assistance with their occasional sleep difficulties.”

Diphenhydramine HCI was originally approved as a prescription antihistamine in 1946 by the Food and Drug Administration (FDA) and was subsequently approved in 1982 for over-the-counter use to treat occasional sleeplessness.

The study was funded by Procter & Gamble. 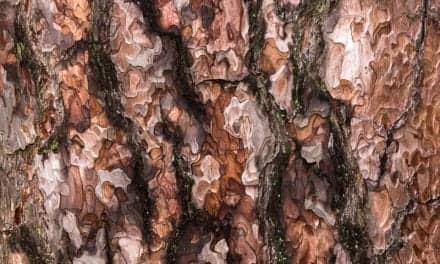 Melatonin Supplements: the Skinny on How to Help Get a Good Night’s Sleep