“In developing Tonmya for PTSD we have learned a tremendous amount about the condition and how to design and conduct trials for PTSD patients, especially those with military-related PTSD. PTSD is serious psychiatric disorder and we remain committed to developing a treatment option that may help alleviate symptoms of the condition,” says Seth Lederman, MD, president and CEO, in a release. “We look forward to presenting results from the HONOR study at a scientific conference in August and meeting with the FDA in October to discuss the new Phase 3 study of Tonmya for the treatment of PTSD.”

In July, Tonix completed a planned, unblinded interim analysis of 274 randomized participants (50% of planned) for the Phase 3 HONOR study of investigational drug Tonmya in military-related posttraumatic stress disorder (PTSD). Based on a pre-specified study continuation threshold at week 12, the study was discontinued due to inadequate separation from placebo at this time point as measured by the primary endpoint, the Clinician-Administered PTSD Scale for DSM-5 (CAPS-5). Meaningful improvement in overall PTSD symptoms was observed at week 4. At week 4, the Tonmya treated group separated from placebo in CAPS-5 (p = 0.019) and in the Clinical Global Impression – Improvement (CGI-I) scale (p = 0.015), a key secondary endpoint. Also, at week 4, sleep quality improved as measured by both the PROMIS sleep disturbance scale and the CAPS-5 sleep disturbance item, supporting the proposed mechanism of action of Tonmya.

TNX-102 SL, as a bedtime treatment for agitation in Alzheimer’s disease, received Investigational New Drug (IND) clearance in May 2018. Fast Track designation was granted by the FDA in July. Fast track is a process designed to facilitate the development and expedite the review of drugs to treat serious conditions and fill an unmet medical need. It reflects the recognition by the FDA that TNX-102 SL has the potential to address a large unmet medical need for a serious condition. A Phase 2, potential pivotal, efficacy study protocol submitted in July 2018 is pending FDA review and acceptance.

New data related to suicidal ideation and behaviors in military-related PTSD from the Phase 2 AtEase study was presented at the American Society of Clinical Psychopharmacology in May 2018.

Preliminary results from the successfully completed pivotal Phase 1 multiple-dose bridging pharmacokinetic study of Tonmya, or TNX-102 SL were reported. These results support the applicability of the abbreviated 505(b)(2) regulatory pathway for a New Drug Application approval for TNX-102 SL using AMRIX as the reference product.

Tonmya has been conditionally accepted by the FDA as the proposed trade name for TNX-102 SL (cyclobenzaprine HCl sublingual tablets) for PTSD which has been designated as a Breakthrough Therapy in December 2016. TNX-102 SL is an investigational new drug and has not been approved for any indication.

Research and development expenses for the second quarter of 2018 totaled $4.1 million, compared to $2.8 million for the same period in 2017. The increase is primarily due to clinical development work associated with the PTSD program.

General and administrative expenses for the second quarter of 2018 were $2.1 million, compared to $2.0 million for the same period in 2017. The increase is primarily due to an increase in professional services fees, partially offset by a decrease in compensation-related expenses as a result of fewer personnel. 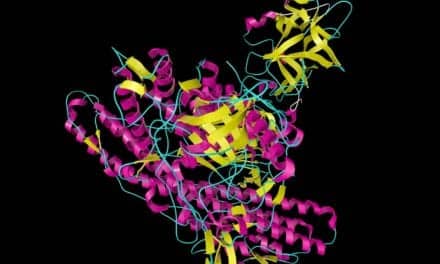