Virta Health, which promotes a nutritional ketosis care model and intervention for Type 2 diabetes reversal has published peer-reviewed research in Sleep Medicine. This study found significant improvement in self-reported sleep in type 2 diabetes and prediabetes patients who completed one year of the Virta Treatment.

Sleep quality for both Virta Treatment and usual care patients was measured at the beginning of the clinical trial and at one year using the Pittsburgh Sleep Quality Index (PSQI), a self-reported measure of sleep. At one year, patients with type 2 diabetes and prediabetes enrolled in Virta reported a mean 14% and 21% decrease in their respective global PSQI scores. The proportion of Virta patients characterized as poor sleepers decreased by 12% and 29% in the type 2 diabetes and prediabetes groups, respectively. Patients who continued their usual care had no significant changes in self-reported sleep.

“Sleep has a substantial impact on the overall health of people with type 2 diabetes,” says Christa Van Dort, PhD, assistant professor of anesthesia at Harvard Medical School, the study’s senior author, in a release. “With that in mind, it is promising that the Virta Treatment improved patients’ subjective sleep as indicated by significantly lower global PSQI scores in addition to improving their diabetes.”

The Centers for Disease Control and Prevention has declared insufficient sleep a public health epidemic. T2D and obesity are frequently associated with poor sleep quality as well as obstructive sleep apnea (OSA), and improvement in sleep is associated with increased insulin sensitivity and glucose tolerance for people living with T2D.

Because of this relationship, both the American Diabetes Association (ADA) and the International Diabetes Federation (IDF) advise health providers to assess sleep patterns as a part of diabetes care and treatment.

The emerging evidence for sleep improvement adds to the other benefits of the Virta Treatment that go beyond diabetes reversal and insulin elimination/reduction in 60% and 94% of completing patients at one year, respectively. Virta’s peer-reviewed data has also shown improvement in inflammation, weight, liver function, and 22 of 26 factors for cardiovascular disease risk—while reducing dependence on antihypertensive medications.

“Sleep is one example of a constellation of conditions associated with insulin resistance,” says Sarah Hallberg, DO, MS, medical director at Virta Health. “Today’s peer-reviewed results add yet another benefit to Virta’s approach of treating the root cause, rather than the symptoms, of type 2 diabetes.” 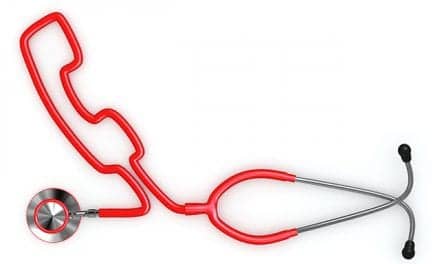