Kyran Quinlan, MD, MPH, and colleagues at Rush University Medical Center found that the Chicago news media reported 59% of child traffic crash deaths and 38% of child fire deaths, while sleep-related infant deaths in Chicago were never reported in the 5 years they studied. The findings are published online in the editorial, “Differential Media Reporting of Unintentional Child Deaths in Chicago, 2011-2015” on Sept 12 in the American Journal of Public Health.

“If sudden unexpected infant deaths were reported in the news as often as crash deaths and fire-related deaths, there would be better public awareness and parents would be driven to do what they can to protect their children from this threat,” says Quinlan in a release. “In Chicago, most sudden unexpected infant death cases occur in unsafe sleep environments. Parents may not feel the very real risk from this practice. Babies should sleep on their back, in a crib or bassinet, and not come into the parent’s bed to sleep. We think so much about children dying in fires because it’s tragic and we hear or read about it all the time in news reports. We fear giving car keys to our teens because of the number of deaths in car crashes, but babies who are dying within the first year of life from sudden infant death syndrome (SIDS) and suffocation are almost invisible, but their number towers over the other causes.”

Sudden unexpected infant death occurs during the first year of life, and 90% of them take place within the first six months. “It’s this high-risk time when parents should pay close attention, but risk perception isn’t there because parents never hear about these cases,” Quinlan says.

While sudden unexpected infant death only occurs within the first year of life, it accounted for 212 deaths of Chicago infants between 2011 and 2015—more than those children of all ages who died from motor vehicle crashes and fires combined during the same period.

The analysis of data from the Center for Health Statistics of the Illinois Department of Public Health showed there were a total of 221 sudden unexpected infant death cases. Non-Hispanic Black infants accounted for 77% of all cases, 14% of cases were Hispanic infants, and 8 percent were non-Hispanic White infants. The six largest local media outlets in Chicago covered 42 (59%) of the motor vehicle-related deaths, 17 (38%) fire-related deaths of young people, but not one of the 221 sudden unexpected infant death cases.

“There is a far greater racial disparity among sudden unexpected infant death cases in Chicago than in the US overall. Families may not realize these deaths aren’t rare, and may be less motivated to practice safe sleep, especially bringing their infant into their bed to sleep,” Quinlan says.

“We know that Chicagoans learn a lot about health risks from the local news. If parents are not hearing about sudden infant deaths in the local news, they likely won’t realize their infant sleep practices are risky, and therefore won’t change. The lack of media reporting on these deaths may actually be putting Chicago’s babies at risk,” says Douglas Roehler, PhD, one of the authors on this study. “These infant deaths are devastating to families, but we believe that most are preventable. Further work is necessary to investigate the reasons behind these findings and the possible implications for prevention of cases in this high-risk group.” 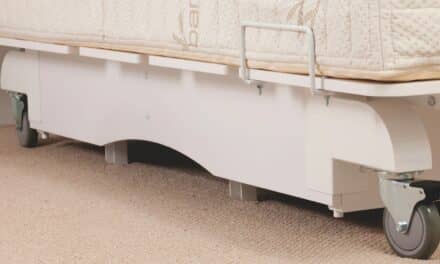 Getting With the Programs 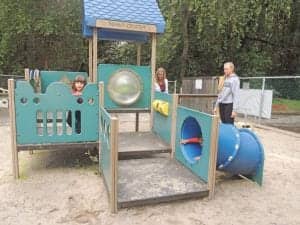