British researchers have found that people with schizophrenia have profound disruptions in their sleep patterns, including irregular body clocks that are out of synch with the pattern of night and day. The researchers argue that the extent and severe nature of these long-term sleep problems should warrant treatment along with other symptoms of schizophrenia, as they have a strong impact on mood, social function, mental abilities, and quality of life.

The findings, published in the British Journal of Psychiatry, showed a severe disruption in the sleep patterns of all 20 patients with schizophrenia enrolled in the study, despite their mood being stable and each being on a regular drug regime. All the patients with schizophrenia took longer to fall asleep, spent longer in bed, slept longer, and had much more variable sleep patterns, compared with a control group of 21 healthy unemployed participants.

Additionally, the study showed that 10 of the patients also had disrupted body blocks. Their internal 24-hour rhythm was delayed compared with all the other participants, or longer than 24 hours. These participants often ended up sleeping at times other than nighttime, either only getting to sleep after 4 am and getting up in the afternoon or having "free-running" sleep patterns unrelated to the 24-hour days.

Although the researchers have provided strong evidence of a correlation between schizophrenia and severely disrupted sleep patterns in these patients, they have not demonstrated a causal link between the two. They are currently using animal models of schizophrenia to examine if there are alternations in biological pathways known to be involved with regulating the body clock. They note that it may be possible for future studies to follow people at risk of schizophrenia with sleep problems to see if this can be a factor in developing the condition.

“We know many of the patients are essentially suffering persistent jetlag with their body clocks out of synch with day and night. This immediately opens up a lot of new avenues for research in understanding the links between sleep problems and mental ill health. But regardless of whether or not there is a mechanistic link between the body clock and psychiatric conditions, it is clear that treating sleep problems could improve the lives of many patients,” said Russell Foster, head of the research team and professor at Oxford University. 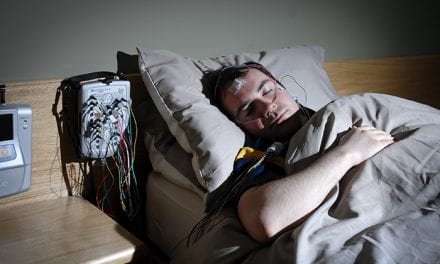