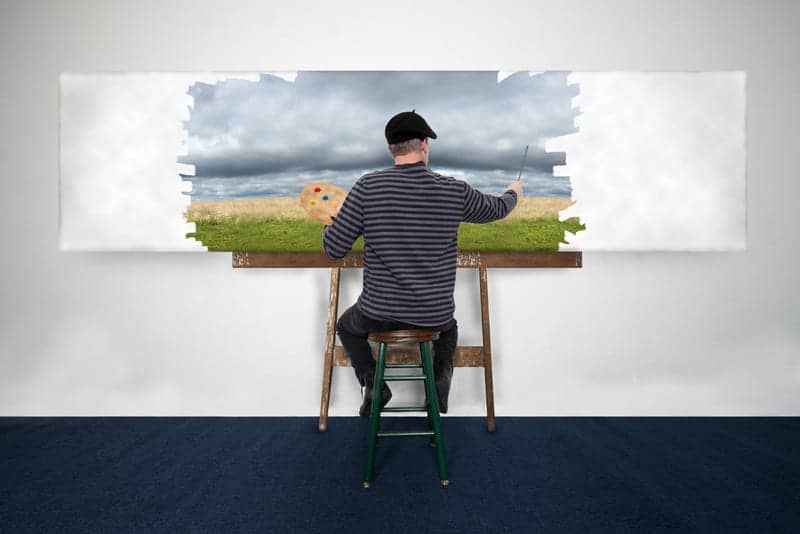 A study at the University of Haifa comparing art and social science students has found that visually creative students evaluate their sleep as of lower quality. “Visually creative people reported disturbed sleep leading to difficulties in daytime functioning,” says doctorate student Neta Ram-Vlasov, one of the authors of the study, in a release. “In the case of verbally creative people, we found that they sleep more hours and go to sleep and get up later. In other words, the two types of creativity were associated with different sleep patterns. This strengthens the hypothesis that the processing and expression of visual creativity involves different psychobiological mechanisms to those found in verbal creativity”.

The current study was undertaken by Tamar Shochat, a professor of the Department of Nursing, and doctorate student Ram-Vlasov of the Graduate School of Creative Art Therapies, together with Amit Green from the Sleep Institute at Assuta Medical Center and Orna Tzischinsky, a professor from the Department of Psychology at Yezreel Valley College. The researchers sought to understand how two types of creativity—visual and verbal—influence objective aspects of sleep such as duration and timing (indexes such as the time of falling asleep and waking up), and subjective aspects—sleep quality.

Thirty undergraduate students from seven academic institutions participated in the study, half of whom were majoring only in art and half of whom were majoring only in the social sciences. During the study, the participants underwent overnight electrophysiological sleep recordings, wore a wrist activity monitor (a device that measures sleep objectively), and completed a sleep monitoring diary and a questionnaire on sleep habits in order to measure the pattern and quality of sleep. They also undertook visual and verbal creativity tests.

The findings show that among all the participants, the higher the level of visual creativity, the lower the quality of their sleep. This was manifested in such aspects as sleep disturbances and daytime dysfunction. The researchers also found that the higher the participants’ level of verbal creativity, the more hours they slept and the later they went to sleep and woke up. A comparison between the sleep patterns of art students and non-art students found that art students sleep more, but this in no way guarantees quality sleep: art students evaluated their sleep as of lower quality and reported more sleep disturbances and daytime dysfunction than the non-art students.

The researchers add that possible explanations can be offered for the connections found between the two types of creativity and sleep patterns. Further studies may help determine whether creativity influences sleep or vice versa (or perhaps neither is the case). “It is possible that a ‘surplus’ of visual creativity makes the individual more alert, and this could lead to sleep disturbances,” the researchers suggest. “On the other hand, it is possible that it is protracted sleep among verbally creativity individuals that facilitates processes that support the creative process while they are awake. In any case, these findings are further evidence of the fact that creativity is not a uniform concept. Visual creativity is activated by—and activates—different cerebral mechanisms than verbal creativity.”

This Is the Best Temperature for Sleeping, According to Experts