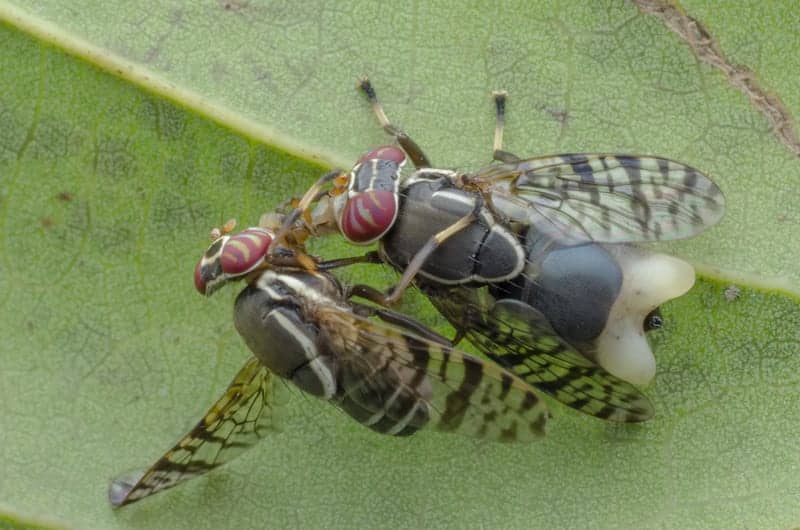 The urge to mate appears to override the need to sleep in flies, according to research that hints at the importance of sleep for animals.

The result suggests that there are some situations where flies and other animals can eliminate the drive to sleep entirely, rather than put it off until later. This could help scientists determine how much sleep is essential to life.

The need to sleep appears to be primarily driven by 2 systems: circadian and homeostatic. The circadian system cycles over the course of a day, making you feel sleepy or more energetic at certain times.

The homeostatic system tracks past sleep and how much “sleep pressure” has built up while awake. If you stay awake too long and experience sleep deprivation, then you build up sleep pressure. The next sleep will be deeper and longer than usual, in a process called “sleep rebound.”

Although these 2 systems explain a lot about when we sleep, many other factors can keep us awake, such as anxiety, starvation, and temperature.

However, it is difficult to determine exactly how these factors influence the parts of the brain associated with sleep. For example, being hungry affects the body, and signals associated with metabolism, as well as signals in the brain.

Now, in research published in the journal eLife, researchers from Imperial College London have identified a factor that affects sleep by only influencing the brain: sexual arousal.

In experiments with fruit flies, the team found that males who had been kept awake for 24 hours by the presence of a virgin female did not experience sleep rebound, even after the female was removed.

Lead researcher Esteban Beckwith, PhD, says, in a release, “Rebound sleep is considered to be essential for animals, but this study raises questions over whether that’s always true, or whether it can be overridden by other social or environmental factors.

“It also provides a genetic model to study how sleep pressure can be modulated by other biological drives. It is going to be useful for other scientists.”

In the experiment, male fruit flies were kept in glass tubes and allowed to acclimatise to their surroundings. They were then invaded by either another male, or a virgin female, both of which kept the original male awake for 24 hours.

When males and females were first introduced, they usually copulated within the first 30 minutes. After this, the females no longer engaged in sexual activity, but the males continued to try and court them, spending on average half of the next 23 hours actively courting.

After conducting a range of different experiments, the researchers discovered that some of the chemicals left behind by the females, called sex pheromones, were largely responsible for keeping the males awake.

The presence of these chemicals alone was enough to inhibit sleep, although not as strongly as when paired with an actual female experience. The team were also able to identify the neurons that reacted to the pheromones and kept the flies awake, showing a causal link between sexual arousal and sleep.

To conduct their experiments, the team, led by Di Giorgio Gilestro, used equipment they designed themselves that allows them to video and monitor the flies constantly for signs of sleep, courtship, and sleep deprivation.

While the same exact mechanisms are unlikely to be at work in humans, Gilestro thinks that a lot of what they observe in fruit flies is applicable to higher animals: “Sleep is a fundamental process for all animals, and many of the results the community has obtained with fruit flies have been replicated in other animals, including mammals and humans.

“Besides being a great genetic model, it’s also easier for us to study effects like sleep rebound in flies, as we have automatic equipment that can monitor thousands of them. Human trials rely on people reporting their own sleep, which can be unreliable.” 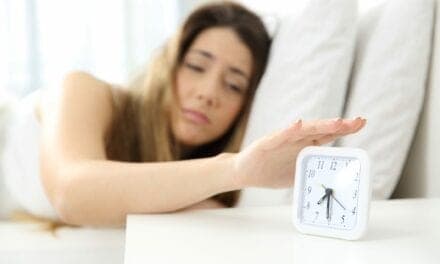 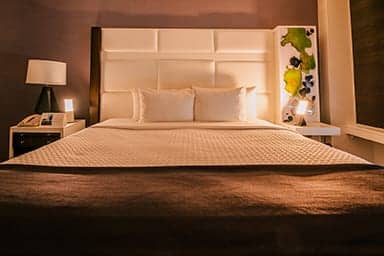