What Is a Normal Sleep-Wake Cycle in Healthy Dogs? 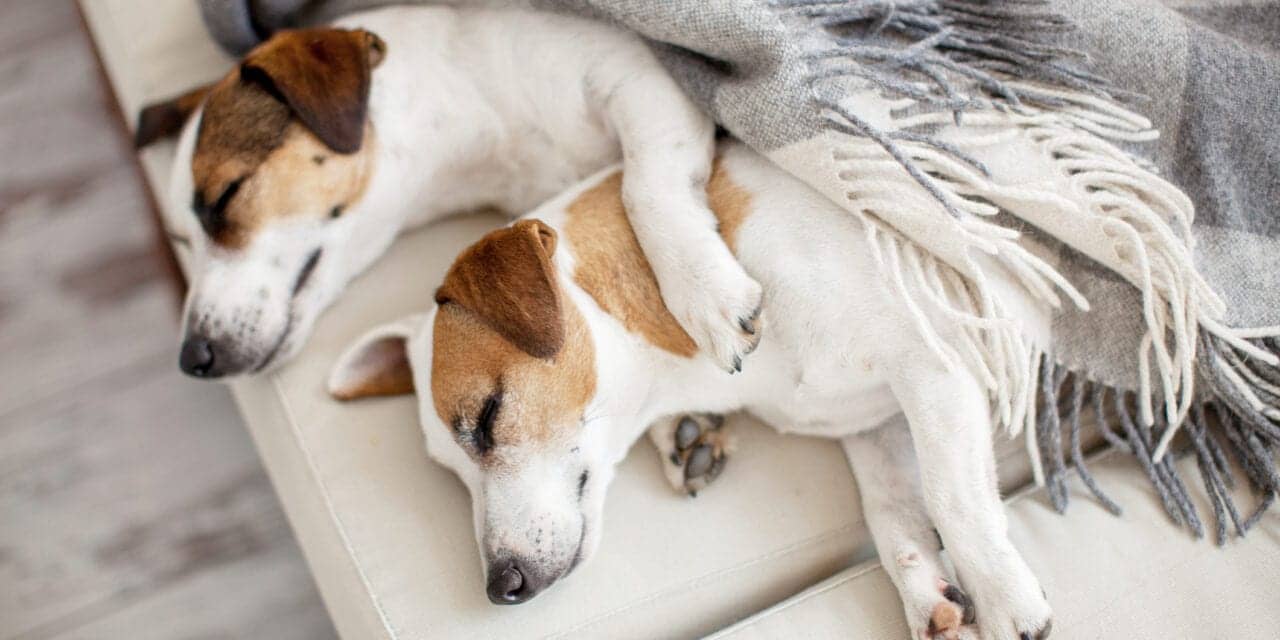 A new canine sleep study from North Carolina State University could serve as a baseline for research on chronic pain and cognitive dysfunction in dogs, potentially improving detection and treatment of these conditions.

“The study was necessary because research on dogs and sleep has outpaced our basic knowledge about what a ‘normal’ sleep/wake cycle looks like,” says Margaret Gruen, PhD, assistant professor of behavioral medicine at NC State and corresponding author of the work, in a release. “The studies currently available are over 20 years old, only followed small numbers of dogs or dogs that were not in a home environment, and didn’t really capture data that is relevant to how dogs live (and sleep) now. We designed the study to update these findings and fill the knowledge gap.

“And for me, someone interested in how dogs develop and age, it’s a critically missing gap: we talk about a symptom of age-related cognitive dysfunction in dogs as being a disruption in the sleep/wake cycle without really understanding where the baseline is.”

The study followed 42 healthy adult dogs—21 male and 21 female—ranging in age from 2 to 8 years old. The dogs wore activity monitors on their collars for a two-week period, and their owners filled out a questionnaire on the dogs’ sleep patterns. Functional linear modeling of the activity data showed that most dogs have two activity peaks during the day: a shorter window from 8 am to 10 am, followed by a midday lull and a longer active period from about 5 pm to 11 pm All dogs were more active during weekends than weekdays.

“Since most of the participants were pets of people who work outside the home, we saw that the dogs were most active when human interaction happens,” Gruen says. “There were the occasional outliers—we did capture some midday ‘zoomies’—but the pattern held true on average across 14 days for each dog. These findings aren’t surprising—they line up with many of the assumptions we’ve been making, but now the data are characterized and documented.”

“Our hope is that this will serve as a foundational study for future work on the relationship between pain, cognitive dysfunction, and sleep disruption, and as a study that is relevant to the way dogs live now,” Gruen says. “By establishing norms, we can better identify abnormalities and intervene earlier in the process. We can also use this as a baseline to evaluate development of adult sleep patterns in puppies.”