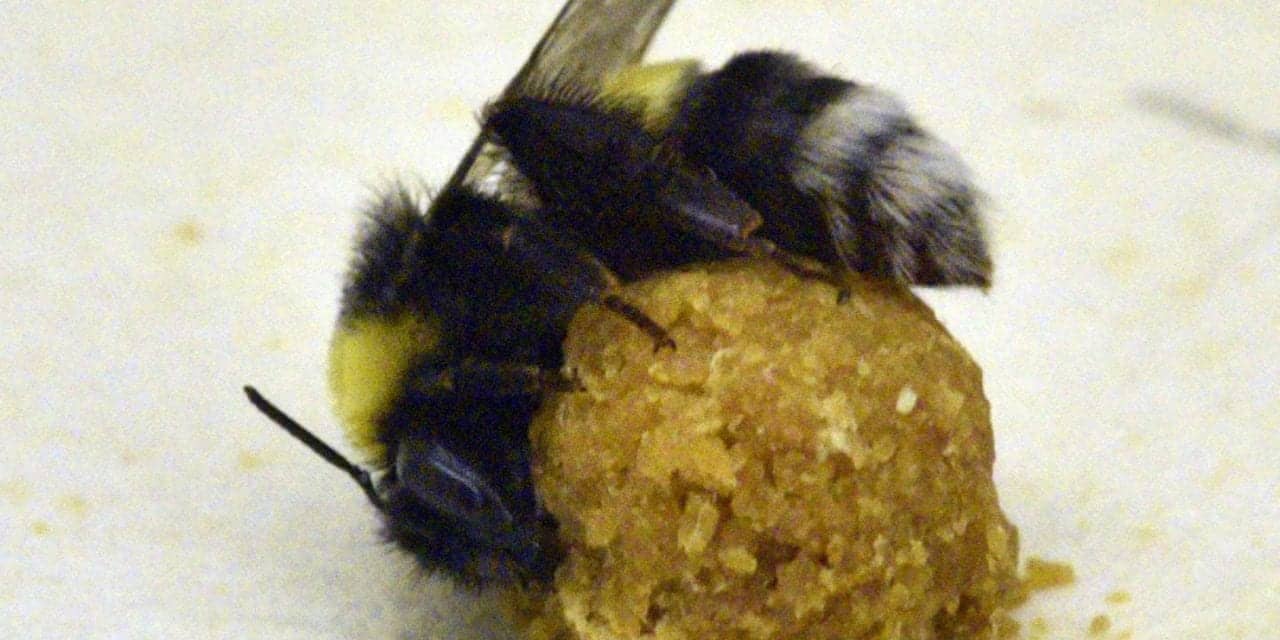 All animals, including insects, need their sleep. Or do they? That’s the question researchers reporting Oct 3 in the journal Current Biology are exploring in sleep studies of a surprising group of subjects: brood-tending bumble bee workers. Their studies show that worker bees tending pupae sleep much less than other bees do, even when caring for offspring that aren’t their own.
“Our findings show that sleep is more plastic and less rigid than is commonly accepted,” says corresponding author Guy Bloch of Hebrew University, in a release. They also highlight the value in studying sleep in diverse species in nature, not just a handful of “model organisms” in the lab, the researchers say.

Insect sleep looks much like sleep in people and other animals. They stop moving, take on a typical sleep posture, and become less responsive to noise or touch. When humans, rodents, or flies are sleep deprived, it compromises their health and performance.

But the new study suggests there may be ways around that in some cases. Bloch and colleagues had earlier shown that bees adjust their activities depending on their role in the colony, with foragers showing a strong circadian rhythm and “nurse” bees tending the brood around the clock. They wondered how that sleep loss affected them.

To find out in the new study, the researchers–including first author Moshe Nagari–combined video recordings, detailed behavioral analyses, sleep deprivation experiments, and response threshold assessments to characterize the sleep behavior of bumble bee workers. Their studies show that bumble bees tending young do indeed sleep much less. That’s true even when the brood don’t need to be fed and when the young are not their own.

The evidence suggests that substances produced by the pupae drive the reduction in sleep. Surprisingly, however, when the pupae and their substances were removed, those bees did not show the expected sleep rebound. It suggested that they weren’t sleep deprived in the expected way.

“The fact that the nursing bees sleep so little, even when caring for pupae that do not need to be fed was the most surprising,” Nagari says. “Before this study, we assumed that the main functions of activity around the clock without circadian rhythms in nurse bees is to provide improved feeding to the developing larvae, enabling them to grow rapidly.”

The findings add to emerging evidence showing that under some natural conditions, animals can give up sleep, the researchers said. For example, they noted that birds sleep less during their seasonal migrations. Some male birds and fruit flies will forgo sleep to give themselves more time to mate. And some cavefish have evolved to sleep less compared with related species of fish that live in open water habitats.

The findings in bees raise questions about whether the sleep loss comes at a cost in terms of health or cognitive performance.

“If there is no cost for sleep loss, it means that the brood-tending bees have mechanisms allowing them to significantly reduce sleep without a cost to the brain and other tissue,” Bloch says. “This of courses raises the question about what exactly are these mechanisms and what is the basic function of sleep.”

Fatigue a Way of Life for Many High Schoolers