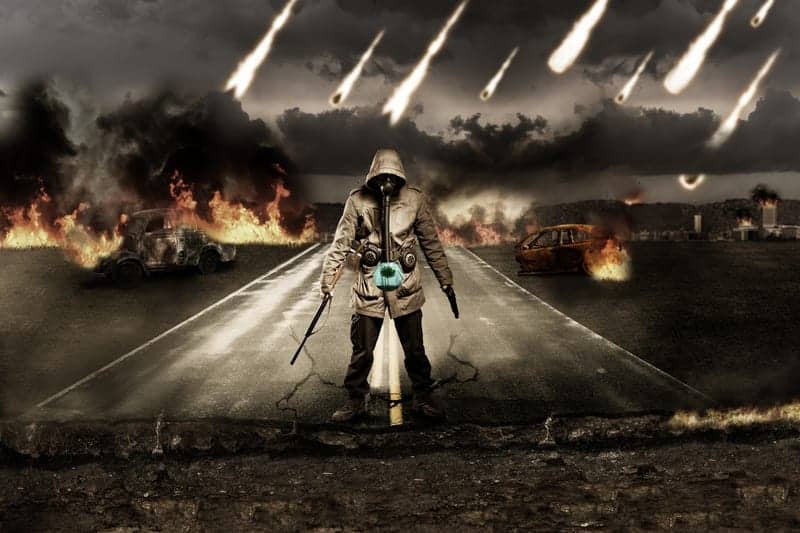 A study shows that a high percentage of military personnel with sleep disturbances met criteria for nightmare disorder, but few of them reported nightmares as a reason for sleep evaluation. Those with nightmare disorder had an increased risk of other sleep and mental health disorders.

“This research provides a basis for furthering the study and knowledge of nightmares in survivors of traumatic experiences,” says principal investigator Jennifer Creamer, MD, medical director of the Sleep Medicine Center at Martin Army Medical Center in Fort Benning, Ga, in a release. “Treatment of nightmares can lead to improvement in sleep, quality of life, and other disorders such as suicidality.” 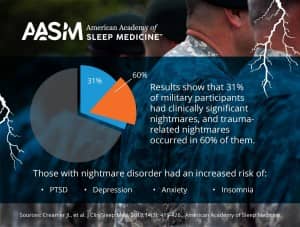 A new study shows that a high percentage of military personnel with sleep disturbances met criteria for nightmare disorder, but few of them reported nightmares as a reason for sleep evaluation. Credit: The American Academy of Sleep Medicine

The study results are published in the March 15 issue of the Journal of Clinical Sleep Medicine.

Nightmares are vivid, realistic, and disturbing dreams typically involving threats to survival or security, which often evoke emotions of anxiety, fear, or terror. A nightmare disorder may occur when repeated nightmares cause distress or impairment in social or occupational functioning.

According to the authors, this was the largest study to assess clinically significant nightmares in an active duty population referred for the evaluation of sleep disorders. The study involved 493 active duty US military personnel. Participants had a mean age of 38 years, and 78.5% were men. Participants predominantly served in the Army (45.6%) and Air Force (45.2%); 9.2% served in the Navy/Marines. Approximately 74% of them had been deployed. Those with trauma-related nightmares were more likely to have traumatic brain injury, PTSD, anxiety, and depression.

A best practice guide from the American Academy of Sleep Medicine indicates that treatment options for nightmare disorder include medications, most prominently prazosin. Several behavioral therapies also can be effective, such as image rehearsal therapy and other nightmare-focused cognitive behavioral therapy variants.

“Military personnel and health care providers require education that nightmares are not normal and there are treatments available,” Creamer says. 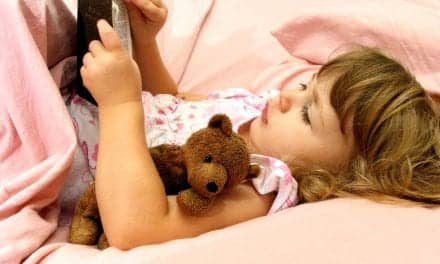 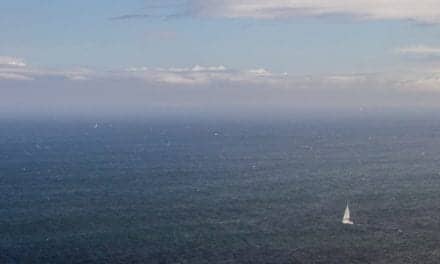