Nocturnal Eating and Its Relation to RLS and Narcolepsy 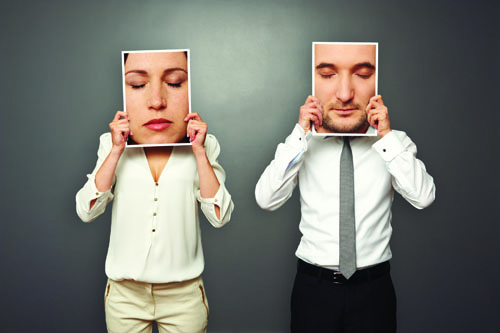 Nocturnal eating, restless legs syndrome, and narcolepsy appear to be separate sleep disorders. However, recent research shows that these disorders may be more related than previously thought.

In 1955, Albert Stunkard(1) and colleagues first described a phenomenon in obese patients whose obesity was treatment-resistant: the patients awoke one or more times from sleep to eat excessively (hyperphagia) but had no appetite in the morning (morning anorexia). Stunkard termed this behavior “nocturnal eating syndrome” (NES).

In 2008, Stunkard and colleague Kelly Allison compared the characteristics of NES in obese and nonobese people who had maintained food and sleep diaries for 7 days.(2) They found that obese people with NES had a significantly delayed circadian food intake pattern. Other researchers have noted alterations in the circadian production of melatonin and leptin (a hormone that promotes weight loss). The levels of both hormones normally rise at night; however, this rise was attenuated in people with NES.(3)

In recent years, the following criteria have been proposed to describe NES: the person has evening or nocturnal hyperphagia; nocturnal awakenings; morning anorexia; and no other eating disorder (bulimia).(4)

A related disorder, sleep-related eating disorder (SRED), shares the features of NES. However, a distinguishing feature of SRED may be that the person often has no memory of having eaten during the night. The person may awaken to evidence that food has been prepared: food left haphazardly on a table or counter or crumbs in the bed. Sleep-related eating disorder has been included as a parasomnia in the International Classification of Sleep Disorders 2 (ICSD-2) and has the following criteria(4):

The person has recurrent episodes of involuntary eating and one or more of the following:

> Consumption of peculiar foods or combinations of foods or the consumption of inedible or toxic substances
> Insomnia complaints (because of the repeated episodes of nocturnal awakenings to eat) and complaints of nonrestorative sleep, daytime fatigue, or somnolence
> Sleep-related injury
> Dangerous behavior performed while seeking food or cooking food
> Morning anorexia
> Adverse health consequences from bingeing on high caloric foods

Despite these criteria for NES and SRED, scientists remain uncertain whether these represent two separate eating disorders or are different aspects of the same disorder.(5)

For some scientists, a differentiating feature between NES and SRED is that people with NES remember the episode the next day, whereas people with SRED often do not remember eating. However, some research indicates that the use of sedative or hypnotic drugs (eg, zolpidem or the benzodiazepines) may contribute to the amnesic phenomenon noted in people with SRED who are taking these drugs for insomnia or other reasons.6 In one study, patients with SRED were all drug-free and all had full consciousness during the SRED episode and remembered the episode the next day.(5)

Zolpidem and some benzodiazepine drugs (eg, triazolam and midazolam) are known for their amnesic effect. These drugs bind to the benzodiazepine (BDZ) receptor. The BDZ receptor can be found in many areas of the brain, such as the sensorimotor regions of the cortex of the brain, the basal ganglia, and the substantia nigra (a dark layer of cells in the midbrain that plays a role in movement, addiction, and reward; the substantia nigra contains many dopaminergic neurons).

A disorder that is related to RLS is periodic limb movement disorder (PLMD) in which one or both legs (or arms) contract rhythmically and intermittently during sleep. The contractions last from 0.5 seconds to 10 seconds and can occur 5 to 90 seconds apart. The contractions may cause momentary arousals, and thereby disrupt sleep. Some people with RLS also have PLMD.

Dysregulation in the dopamine system has been implicated in the compulsive nature of nocturnal eating disorder and in the abnormal limb movements in RLS and PLMD. These disorders often improve with treatment by dopaminergic drugs (eg, L-dopa, carbidopa) or drugs that enhance dopaminergic transmission (eg, benzodiazepines such as clonazepam).(4,7)

The connection between nocturnal eating and RLS was first noted in 2006 by Roberto Vetrugno(5) and colleagues who noted a high prevalence of RLS and PLMs among 35 patients who had nocturnal eating episodes. One colleague, Federica Provini, later performed a study to determine whether the association noted in the Vetrugno study was significant or the result of population bias.(4)

Some participants with RLS were using dopaminergic drugs or benzodiazepine/hypnotic drugs to treat their RLS symptoms; however, the use of these drugs showed no significant difference in the prevalence of SRED between the treated and untreated participants. From these results, Provini concluded that there was indeed an association between RLS and SRED.

In recent years, scientists have determined that people with narcolepsy-cataplexy have low-to-undetectable cerebrospinal fluid levels of the hormone hypocretin, which plays a role in hunger and appetite.(6) This reduction in the hypocretin level results from the loss of hypocretin-producing neurons in the hypothalamus (a brain structure that plays a role in hunger and in the transition between wake and sleep). Based on this, scientists believe that low hypocretin levels may play a role in cataplexy.

They found that the prevalence of SRED was higher in participants with narcolepsy-cataplexy (32%) than in the controls (3%) and that participants with narcolepsy-cataplexy had higher scores for obsessive-compulsive traits. From these results, Palaia proposes that hypocretin deficiency may impair impulse control through its effect on dopaminergic neurons, and thereby contribute to SRED.

During the day, hypocretin normally promotes wakefulness, locomotion, and food seeking. Therefore, Palaia further proposes that the loss of hypocretin neurons may allow dysregulation between wake and sleep and set the stage for the nocturnal eating behavior.

A better understanding of the association between SRED/NES, RLS, and narcolepsy may result in improved treatment for these sleep disorders, as well as other disorders. For example, if it is determined that the amnesia noted in SRED is a drug-induced effect, then avoiding the amnesic drugs may reduce or eliminate SRED and its consequences (eg, weight gain, sleep-related injury).

In one study,(7) a female patient had developed SRED after abusing the drug triazolam, which she had been taking for depression; after withdrawal from the drug, the SRED resolved. However, studies are needed to determine if SRED is a drug-induced effect and to what extent using other types of sedative-hypnotic drugs can avoid this effect.

People with RLS are often misdiagnosed as having insomnia because of complaints of frequent arousals during the night; they are consequently treated with BDZ to improve sleep. For some, this may set the stage for the development of SRED. Using a drug that does not act on the BDZ receptor may be more beneficial. However, studies are needed to determine which patients with RLS are at greatest risk of developing SRED. If the loss of hypocretinergic neurons is proven to play a role in SRED in people with narcolepsy, then treatment may focus on altering the function of the hypocretinergic system (ie, by stimulating the remaining neurons to release more hypocretin or by using a drug that mimics the actions of hypocretin).

These questions potentially offer new avenues for treating SRED/NES, RLS, and narcolepsy. For now, scientists remain intrigued by the apparent connection between these sleep disorders.

Regina Patrick, RPSGT, is a contributing writer for Sleep Review. Questions for the author can be submitted to [email protected]. 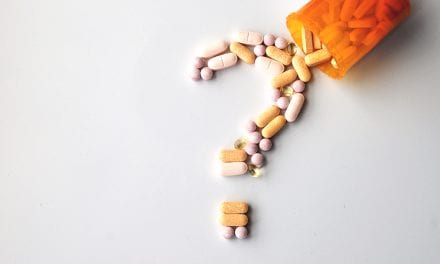 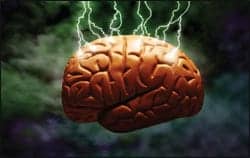 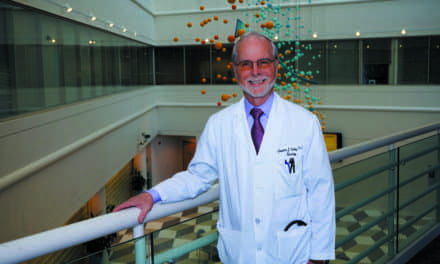