Adults who take one of the world’s most commonly prescribed sleep medications are significantly more at risk for nighttime falls and potential injury, according to a new study by the University of Colorado at Boulder.

The study, which involved 25 healthy adults, showed that 58% of the older adults and 27% of the young adults who took a hypnotic, sleep-inducing drug called zolpidem showed a significant loss of balance when awakened 2 hours after sleep. The findings are important because falls are the leading cause of injury in older adults, and 30% of adults 65 and older who fall require hospitalization each year, said CU-Boulder Associate Professor Kenneth Wright, lead study author.

To measure balance, the research team used a technique known as a "tandem walk" in which subjects place one foot in front of the other with a normal step length on a 16-foot-long, 6-inch-wide beam on the floor. In 10 previous practice trials with no medication, none of the 25 participants stepped off the beam, indicating no loss of balance. All participants were provided with stabilizing assistance to prevent falls during the trials, he said.

The new CU-Boulder study is the first to measure both the walking stability and cognition of subjects taking hypnotic sleep medicines or placebos. In addition to the balance problems caused by zolpidem, the study also showed that waking up after 2 hours of sleep after taking zolpidem enhances sleep inertia, or grogginess, a state that temporarily impairs working memory.

Furthermore, the cognitive impairments caused by both zolpidem and sleep inertia may impact decision-making, including responding to situations like fire alarms and medical emergencies as well as caring for sick children or driving to a clinic or hospital, said Wright.

"One of the goals of this study was to understand the risk of this sleep medication and of sleep inertia on human safety and cognition and to educate adults and health care workers about potential problems," said Wright. "We are not suggesting that sleep medications should not be used, because they have their place in terms of the treatment of insomnia."

One possible solution to reducing falls of older people due to zolpidem, other sleep medications, or sleep inertia would be to install bedside commodes for those who frequently wake up in the night to void themselves, said Wright. Additional research is needed on this important public health and safety topic, he said. 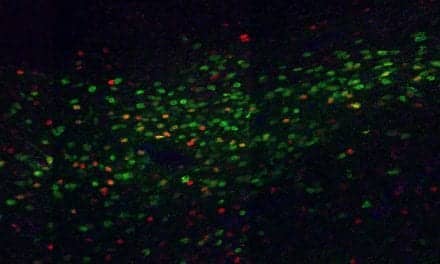