Good nutrition has long been viewed as a cornerstone of physical health, but research is increasingly showing diet’s effect on mental health as well. A special section in Clinical Psychological Science highlights the different approaches that psychology researchers are taking to understand the many ways in which nutrition and mental health intersect.

“Nutrition is not mainstream within the sciences that study mental health and illness,” psychological scientist Alan Kazdin (Yale University), former editor of Clinical Psychological Science, notes in his introduction. “Standard coursework in training and exposure to the scientific literature in the traditional mental health professions omit even a morsel. A single series of papers cannot redress that. Yet we can make salient key questions and convey there are answers.”

The aim of this collection of articles is to “showcase the diversity of studies being conducted in a new, rapidly emerging field of nutrition and mental health,” write guest editors Julia J. Rucklidge (University of Canterbury) and Bonnie J. Kaplan (University of Calgary) in their introduction to the special section.

The five articles included in the special section investigate the intersection of nutrition and mental health from varying levels and perspectives. 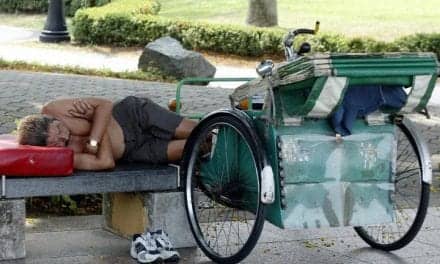 Rise and… Sigh? Being Sleepless Is Big Business in Singapore

Insomnia: A Healthy Response to Depression