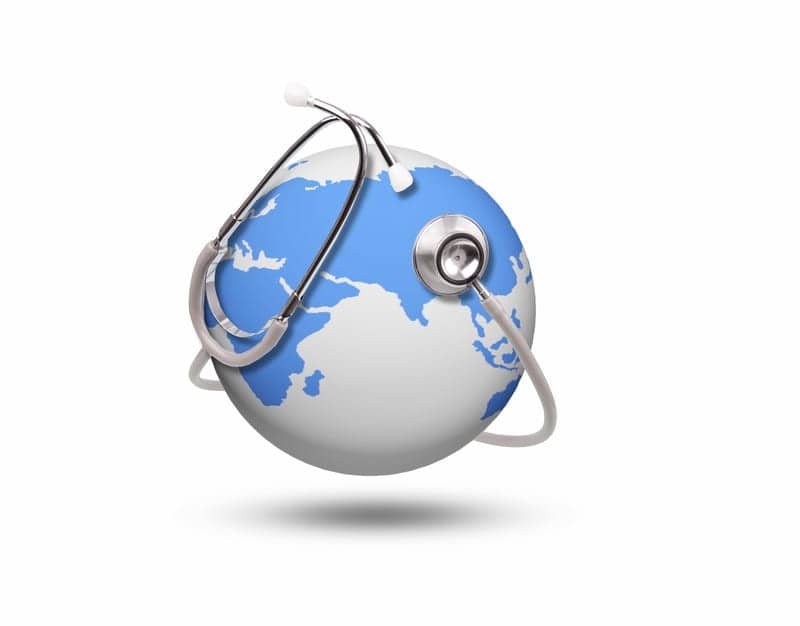 Half of people internationally say they have had a cough or cold in the last 12 months and over a quarter report suffering from insomnia or problems sleeping. These are findings from a recent GfK online survey that asked over 27,000 people in 22 countries which health conditions from a given list* they had experienced in the past 12 months. 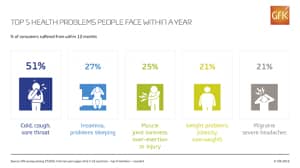 The possible conditions asked about included items such as skin conditions, allergies, vomiting or diarrhea, diabetes or pre-diabetes, and high cholesterol or blood pressure. But, internationally, the top 5 most common conditions that people say they have experienced in the past 12 months are a cold (which was bundled with a cough, sore throat, upper respiratory infection, flu or influenza, and was reported by 51%), problems sleeping (27%), muscle or joint pain due to injury or overexertion (25%), weight problems (21%), and migraines or severe headaches (21%).

Czech Republic Has Most Cold Sufferers; Sweden Has Most Insomniacs 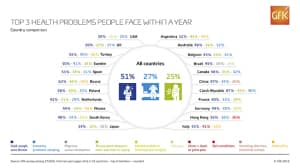 More people in the Czech Republic and Russia have experienced a cold or cough in the last 12 months than in the other countries surveyed, standing at 67% and 62%, respectively. America and Japan, by contrast, claim the fewest cold or cough sufferers (both at 39%). When it comes to insomnia, Sweden has the highest percentage affected (41%), followed by Czech Republic and Turkey (both 40%). The nation whose population enjoy the best night’s sleep is Japan, where only 13% report having problems sleeping.

Looking at the breakdown between men and women, there are some clear gender differences. For almost all the conditions listed, women have higher percentages saying they have experienced these in the last 12 months than men.

David Mackenzie, global lead for health research at GfK, says in a release, “By combining these consumer awareness viewpoints with our quantitative health data and prescription research, we provide our clients with an increasingly important real-world perspective on patients’ perceptions of their conditions.”

*The survey question asked: “Which of the following conditions have you experienced in the past 12 months? (Select all that apply): Skin conditions (such as psoriasis, eczema, acne) / Allergies / Depression, anxiety or other mental health issues / Chronic back or joint pain / Cold, cough, sore throat, upper respiratory infection, flu or influenza / Diabetes, pre-diabetes / Vomiting, diarrhea, intestinal cramps or other stomach ailments / Migraine or severe headaches / Heartburn or acid reflux / High cholesterol, high blood pressure or hypertension / Obesity or overweight / Insomnia, problems sleeping, sleep disorders / Muscle or joint soreness or pain due to over-exertion or injury / None of these” 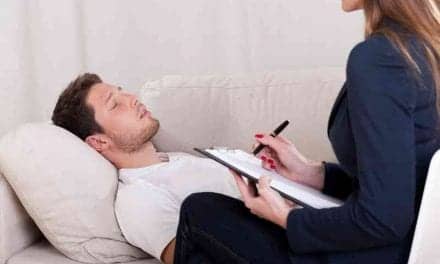 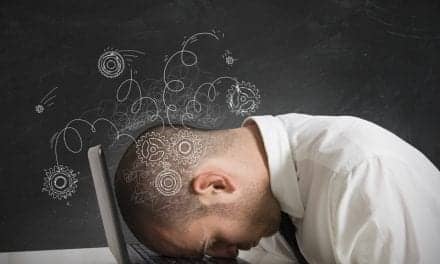