A new study suggests that the bladder condition nocturia may worsen the already poor sleep of older adults with insomnia.

“The results raise the clinical question of treating nocturia to help individuals with insomnia,” said Jamie Zeitzer, PhD, the study’s lead author. “That is, could much of the insomnia or poor sleep that occurs in older individuals be alleviated by treatment of nocturia? Of course, the opposite is quite possible – that proper treatment of insomnia might reduce the occurrence of nocturia as well.”

The research involved a group of community-dwelling older men and women with insomnia. Their pattern of sleeping and waking up to go to the bathroom during the night was evaluated for two weeks using sleep logs and one week using actigraphy. The relationships between nocturia, the need to get up during the night to urinate, and various sleep parameters were analyzed.

Results show that 54% of all log-reported nocturnal awakenings were associated with nocturia. A greater number of trips to the bathroom were associated with worse log-reported perception of feeling rested and poorer sleep efficiency. Awakenings measured by actigraphy were 11.5% longer on nights on which there was a trip to the bathroom, and wake after sleep onset was 20.8% longer during these nights. However, waking up during the night to use the bathroom had no effect on total sleep time.

The study provides the first objective measurement of sleep disruption and its association with nocturia on nights in which both were documented simultaneously. According to the authors, between two-thirds and three-fourths of older individuals surveyed in epidemiological studies report that their sleep is disturbed because of nocturia.

The study appears online in the March 15 issue of the Journal of Clinical Sleep Medicine.

Prevalence of Insomnia Disorder With Age 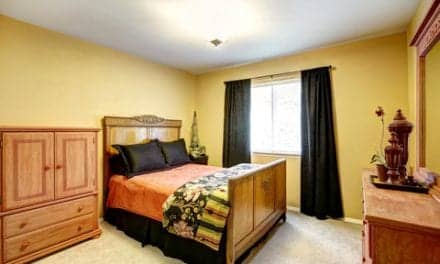 Can Interior Design Cure Insomnia? How to Transform Your Bedroom Into a Sleep Retreat

Treating Insomnia Outside the (Black) Box