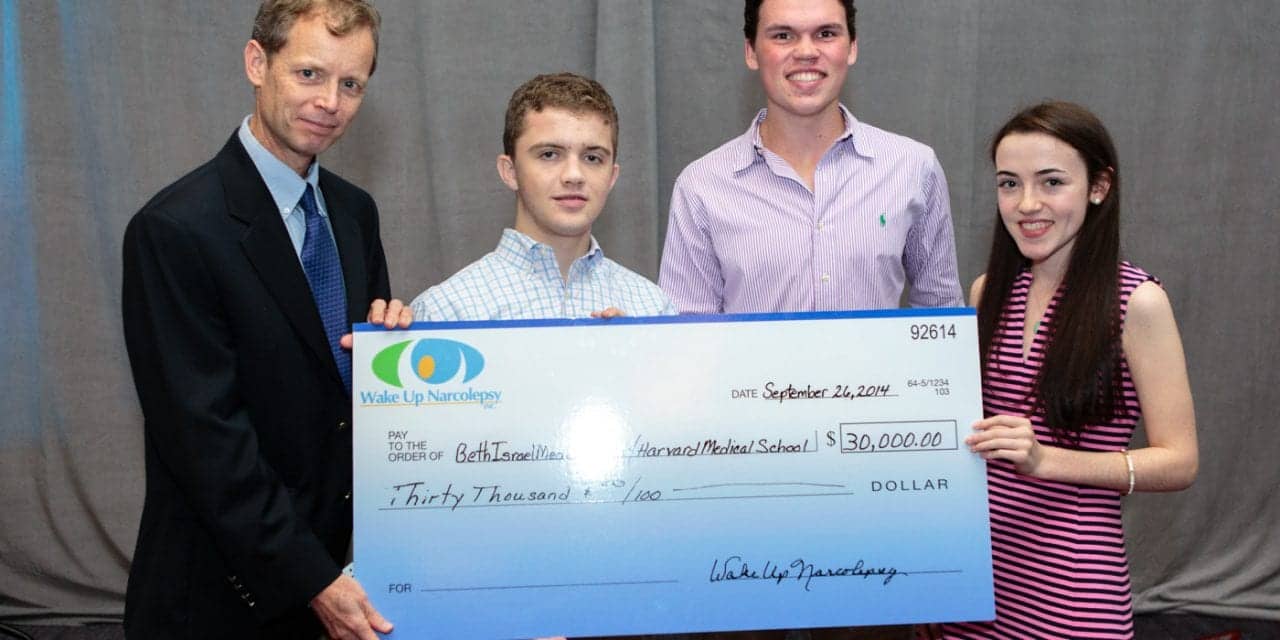 Wake Up Narcolepsy Inc (WUN), a nonprofit organization working to speed narcolepsy diagnosis and help in the search for a cure, recently awarded a research grant for $30,000 to Dr Thomas Scammell, a professor of neurology at Harvard Medical School, Beth Israel Deaconess Medical Center; and medical director of the Sleep Center at Boston Children’s Hospital.

WUN generated the grant through fund-raising by a team of WUNners in the 2014 Boston Marathon and other fund-raising events throughout the year. WUN has supported Scammell’s work for five consecutive years, totaling $120,000.

Narcolepsy is a neurological sleep disorder affecting 200,000 Americans and 3 million people worldwide. The condition is characterized by excessive daytime sleepiness, which usually first appears in adolescence or young adulthood. Many people with narcolepsy (PWN) also experience episodes of cataplexy–brief but debilitating periods of muscle weakness or complete physical collapse usually brought on by emotions such as laughter or surprise. These attacks are similar to the paralysis that occurs during REM sleep. Several other symptoms can give life with narcolepsy a nightmarish quality.

“Wake Up Narcolepsy’s continued support of our work enables us to explore questions that other funding sources may consider outside the bounds of acceptable risk,” Scammell says in a release. “Often these are the investigations that yield the most interesting, beneficial findings, so we are very grateful for the investigative freedom WUN’s support affords us.”

Hope for a Cure

Monica Gow, WUN executive director and co-founder, says, “Every day, our family deals with the severe trials that have befallen our teenage son. His narcolepsy is a challenge for him, and it affects everyone in the family. WUN continues to support Dr Scammell’s work, and that of other leading narcolepsy experts, in the hope that one day our son and millions of other people with narcolepsy can be cured of this devastating sleep disease.”

Narcolepsy can impair virtually every facet of life, from family and social interactions, to personal safety and academic success, to self-esteem and career choice. Though treatment is available, it is not uncommon for 8 to 10 years to pass before a proper diagnosis is made, robbing the sufferer–and the family–of an acceptable quality of life.

Unfortunately, much of the medical community, as well as parents, teachers, and others who could help, are not familiar with the symptoms of narcolepsy. Consequently, delayed or inaccurate diagnosis is the norm, leading to years of unnecessary suffering. Raising public awareness and supporting medical research to find a cure will help millions worldwide.

Scammell’s work focuses on the neurobiology of sleep and the neural basis of narcolepsy. The disease is caused by an extensive and selective loss of the hypothalamic neurons that produce the orexin neuropeptides (also known as hypocretins). This cell loss generally occurs in the teens or young adulthood and results in excessive daytime sleepiness, hypnogogic hallucinations, sleep paralysis, and, in many cases, cataplexy. Ironically, most PWN sleep poorly at night, exacerbating their daytime sleepiness.

Much of Scammell’s current research focuses on mouse models of narcolepsy, as mice lacking orexins also experience sleepiness and frequent episodes of cataplexy. He hypothesizes that orexins normally stabilize the activity of wake-promoting brain regions, but absence of orexins produces rapid transitions from wakefulness into sleep, and intrusions into wakefulness of REM sleep elements, such as cataplexy or hallucinations. Additional research focuses on how positive emotions trigger cataplexy, and the changes in human brains when narcolepsy develops.

The major goals of Scammell’s work are to identify the neural mechanisms through which the orexin system controls sleep and wakefulness, and to determine how loss of the orexin peptides results in sleepiness and cataplexy. 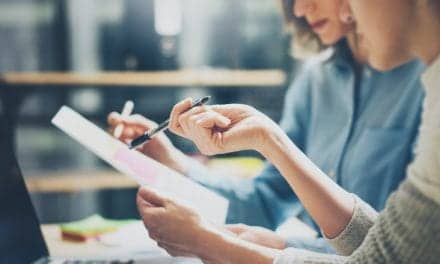 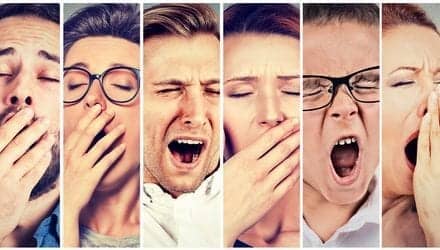