Sleeping Pilots Fired by Airline and Suspended by FAA

The Federal Aviation Administration (FAA) has suspended the licenses of two pilots for Hawaii’s Go! Airlines as a result of allegations that they slept through the landing procedure of a February 13 flight, USA Today reports.

Neither pilot responded to numerous calls made by air traffic controllers over a span of nearly 20 minutes as their flight approached and bypassed its destination, the Hilo Airport. According to the article in USA Today, the flight overshot the Hilo airport by 15 miles before it reversed course and headed back to land safely.

After the incident, Oltman was diagnosed with severe obstructive sleep apnea, which is often associated with daytime fatigue.

The National Transportation Safety Board released a press release in June advising the FAA to take steps to address human fatigue within aviation operations. The NTSB recommended that the FAA develop guidance for operators to establish fatigue management systems. Additionally, the Board recommended the development of a methodology to assess the effectiveness of fatigue management systems implemented by operators, including their ability to improve sleep and alertness.

“The safety board is extremely concerned about the risk and the unnecessary danger that is caused by fatigue in aviation. We have seen too many accidents and incidents where human fatigue is a cause or contributing factor,” says Mark V. Rosenker, NTSB chairman. 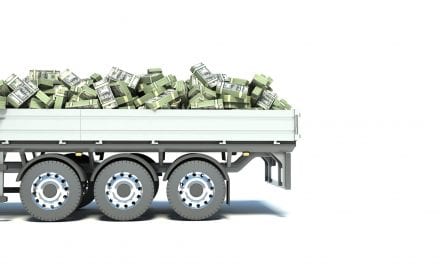 How Much Money Can Treating Sleep Apnea Save at a Trucking Firm?