Is Concierge Medicine an Option for Sleep Specialists? 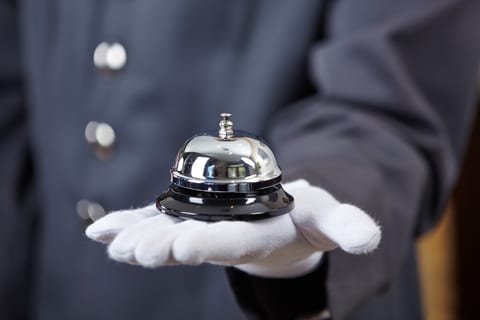 Doctors who sub-specialize in sleep medicine might be good candidates for practices that eschew insurance.

In a time when nearly half of physicians polled report some level of burnout, the membership model of medicine—in which doctors are retained by relatively few patients for a monthly or annual fee—offers an interesting alternative. About 3% of physicians work in such a practice, often referred to as “concierge” medicine, according to Medscape. Most of these are primary care physicians, but specialists are beginning to enter the field as well.

Patients who retain a specialist are typically people with chronic conditions who “embrace the idea that ‘Wow, I could actually have a relationship with a specialist physician who I know I like and I trust,’” says Michael Tetreault, editor of Concierge Medicine Today. Pediatricians and osteopaths are among the most popular specialists in concierge medicine right now, but Tetreault says he’s seeing mental health practitioners, gynecologists, dermatologists, and even surgeons make the transition. Could it work for sleep clinicians?

Camilo Ruiz, DO, a concierge internist who also specializes in sleep medicine, says that about 10% to 20% of his concierge patients seek him out to treat chronic sleep issues like insomnia.

“For them it was a win-win,” he says. “They’re like, ‘Great, you can do my internal medicine but you can still fix my sleep complaints.’”

“Sleep medicine,” he went on, “is a great adjunct to a general or internal medicine practice” because sleep studies generate revenue and because patients often need to come back for follow-up visits managing insomnia and adjusting CPAP machines.

But Ruiz is skeptical that a doctor could run a concierge practice treating only sleep disorders. His practice, which he runs with his wife in Florida, sees a mix of concierge and traditional patients. His concierge patients pay a flat fee of $2,000 a year, which includes unlimited access to both doctors. Recently, one of these patients called him on the weekend of his wife’s baby shower complaining of bronchitis. Ruiz saw him that day.

“You have to realize that’s kind of tough to do with someone that’s not your concierge patient,” he says, since insurance reimbursements for such a visit would be limited.

Critics argue that this kind of preferential treatment makes the concierge model elitist. In 2015, the American College of Physicians published a policy paper that expressed reservations about direct paying models. “Practices that, by design, exclude certain categories of patients should be understood to create a greater potential of being discriminatory against underserved populations,” they write. The paper, which was organized by the Medical Practice and Quality Committee, referred to a study that found Hispanics, African-Americans, and patients with diabetes were less likely to be treated at concierge practices.

But some practices, such as two covered by Time in 2014, eschew insurance while keeping costs for routine services low. The Affordable Care Act allows for direct-paying health plans as long as they are coupled with something like a high-deductible insurance plan. Proponents of “blue collar” concierge medicine argue that by making health care costs transparent and avoiding insurance middlemen, the model actually makes routine care more affordable; in other words, they advocate for free-market health care.

Indeed, most concierge or direct-paying practitioners skew right, says Tommy McElroy MD, a concierge doctor in Florida. They tend to be disinclined towards big government health care and independent in spirit. “This is definitely a model for entrepreneurs,” say McElroy. “If your goal is to show up at work, clock in, and not have to worry about running a practice, this is not for you.”

Ruiz echoed that sentiment, adding that even traditional private practice is not for the faint of heart. One of the many hats concierge doctors must wear is that of marketing expert. In order to attract patients, practices must maintain an online presence, he says. Outside firms can be hired to help doctors market themselves; some help with all aspects of switching to concierge care.

It’s unclear how the likely upheaval of the Affordable Care Act will affect concierge medicine, since many patients at these practices are already foregoing insurance. Will demand swell, driven by patients who can afford a flat fee and no longer feel obligated to purchase insurance? A clue to the new administration’s attitude toward the direct-paying system can, perhaps, be found in the nomination of Rep. Tom Price for Secretary of Health and Human Services. Price, who spent twenty years in private practice as an orthopedic surgeon, was a keynote speaker at last year’s Concierge Medicine Assembly in Atlanta.