The salary story for 2012 isn’t clear cut. While sleep practitioners saw their salaries rise across all disciplines last year, the numbers were decidedly mixed this year. Median salaries for sleep technicians dropped, and registered polysomnographic technologists saw their 2010 and 2011 gains wiped out. Respiratory therapists and sleep physicians were the only two sleep professional disciplines to come out on top, both reporting modest increases in median income. For sleep center administrators, the results were equally mixed. Sleep center CEO/owner/vice presidents maintained the status quo for a second year, while sleep director/supervisor/managers reported the highest increase in median salaries of all the disciplines participating in the survey this year after reporting the largest decrease in median salary last year. Overall, the survey results demonstrate that the economic climate for sleep professional salaries is in flux.

Sleep technicians saw their fortunes turn in 2012. After reporting an increase in median salary last year, the group saw a drop this year, from $44,000 to $39,695. The decrease, percentage-wise, was the largest reported by any of the sleep professional groups participating in our survey. Still, 2012 median salaries remain more than $7,000 above 2010’s low of $32,500. Median salaries ranged from a low of $34,000 for technicians working in the East North Central region—a significant increase over last year’s median low of $25,000 for sleep technicians working in East South Central—to a high of $65,000 in the West South Central region—an 18% increase over 2011’s median high of $55,000 reported for technicians working in the Pacific region. Thirty-two sleep technicians spread over eight regions participated in this year’s survey. No respondents from the Mountain region reported data. 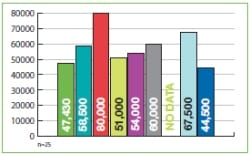 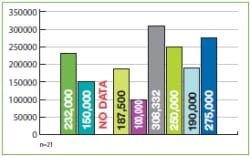 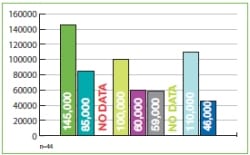 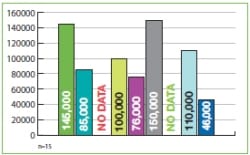 For the third year in a row, median salaries for sleep center CEO/owner/vice presidents held steady at $100,000. Respondents from the East South Central region reported the highest median salary at $150,000. Meanwhile, respondents working in the South Atlantic region had the lowest median salary for 2012 at $46,000.

Sleep Review‘s sixth annual survey of sleep professionals and sleep centers around the country was conducted in partnership with Mizuho Securities USA. The salary survey included responses from respondents received between June 16, 2012, and July 2, 2012. Among the respondents, sleep center director/supervisor/managers and registered polysomnographic technologists had the highest rates of participation. Survey participants came from every geographic region and all 50 US states with the Midwest and Southeast regions being the most heavily represented.

It should be noted that our sample sizes were small in regard to particular regions and particular positions in both survey years. This year we saw a 19% decrease in total respondents. In addition, it is unlikely that we had the same responders as last year, so an apples to apples comparison between years cannot be assumed. For these reasons, we recommend that readers interpret the data with the above caveats in mind.

The salary figures are the respondents’ base salaries; they do not include the value of additional bonuses, stock options, or other incentives. 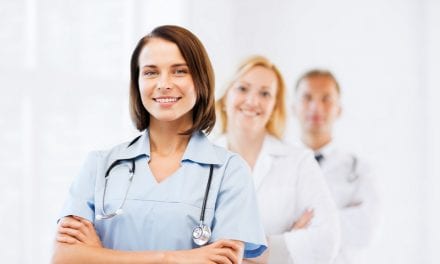