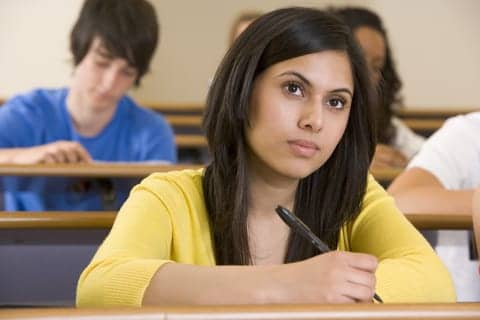 Maybe college students aren’t so sleep-deprived after all, writes the Loyola University Maroon.

[A]ccording to a UP by Jawbone study, students are averaging seven hours of sleep during the week day, which falls in the National Sleep Foundation’s recommended suggestion that students get between seven to nine hours of sleep per night.

Even though the study said that students were averaging enough sleep, it also found that students slept less than seven hours on 46.2 percent of the nights.

Shelley Hershner, director of the Collegiate Sleep Disorders Center at the University of Michigan, said that it’s nearly impossible for college students to have a regular sleep schedule with their irregular expectations to meet during school.

However, Hershner said that doing simple things such as avoiding early morning classes, making sure to wind down between studying and sleep and taking cat naps before studying can help students have a more acceptable sleep cycle.

How To Design Your Bedroom For A Better Night’s Sleep