In an interview with Talent Management, Mark Rosekind, administrator for the National Highway Traffic Safety Administration, discusses the issue of sleep deprivation and job performance.

The National Sleep Foundation, along with scientists from multiple disciplines, in November 2015 announced a consensus on the threshold for when motorists are definitely too tired to drive. It has been estimated that at least 1 million car crashes annually are due to fatigue and drowsy driving. NSF polls indicate that 60 percent of Americans have driven drowsy in the last year and 37 percent report nodding off at the wheel. Irregular schedules can be associated with up to a 50 percent increase in on-the-job injuries and accidents and sleep-deprived individuals are more likely to be injured and involved in motor vehicle crashes. Talent Management interviewed Mark Rosekind, sleep expert and administrator, National Highway Traffic Safety Administration. Edited excerpts follow.

Kenneth M. Nowack: What is the association between sleep deprivation, drowsiness and performance on the job?

Mark Rosekind: NHTSA has expanded our concept of impaired driving to include drunk, drugged, distracted and now the fourth D, drowsy. Our own research found that around 850 fatalities, or 2.6 percent of all fatal crashes, were attributable to drowsy driving in 2014. However, given the many difficulties identifying drowsy driving, clearly this figure underestimates the problem. Therefore, to combat drowsy driving, NHTSA has launched a national drowsy driving initiative to obtain better measurement of the problem, identify effective countermeasures, develop a national educational campaign, address the issue in EMS/first responders, and explore effective policies.

Nowack: Can you expand on how you consider drowsy driving a fourth ‘D’ of impaired driving?

Rosekind: Any factor that can impair human performance could increase driving risk. Perhaps the most established factor is alcohol while drugged driving related to legal and illegal drug use is a growing concern. Distraction, especially related to texting and talking on the phone, has been a significant impaired driving issue since smartphones have become so widespread. Everyone needs to be awake to drive and therefore, sleep and alertness are fundamental to safe driving. Sleep loss and sleepiness can also worsen the effects of alcohol, drugs and distraction.

Read the full story at www.talentmgt.com 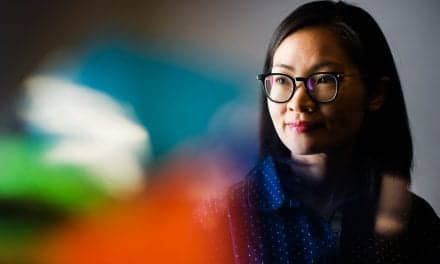 Taking an Interdisciplinary Approach to a Better Night’s Sleep