Researchers Shed Light on Neanderthals’ Legacy of Sleep in Humans

Miami Herald reports that some human traits that are linked to sunlight—including mood and sleep patterns—may be influenced by a person’s Neanderthal forefathers, according to a study published Thursday.

Researchers examined the genome of more than 100,000 Britons who inherited DNA from Neanderthal ancestors and found they reported higher rates of listlessness, loneliness, staying up late and smoking. The study by scientists at the Max Planck Institute for Evolutionary Anthropology in Leipzig, Germany, also confirmed that some Neanderthal DNA found in people of non-African descent affects their skin and hair color, though not in any single direction.

Find out more information at www.miamiherald.com 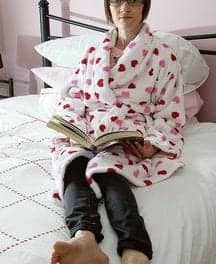 Insomnia: ‘I Now Have the Tools to Deal With It’

Do Over-the-counter Medicines for Hayfever and Insomnia Raise the Risk of Serious Falls in Older Men?

Fatty Acid Oxidation Defects as a Cause of SIDS