A recent study found that symptoms of depression and fatigue do not impact sleepiness but do affect alertness, according to HCP Live.

The researchers set out to “explore the relationship among alertness, sleepiness mood, and fatigue” and used the Toronto Hospital Alertness Test (THAT) scale to assess data from 60 healthy adults. THAT scores range from 0 to 50, and the average score for study participants was 34.9.

Researchers recruited 60 healthy control subjects, with 30 men and 30 women between the ages of 17 and 74. These were compared to 264 patient charts, with 142 of them women and 122 men. The patients were divided into “those with normal and impaired alertness” based on THAT scores. A “correlational analyses revealed that alertness was modestly, significantly, and negatively correlated with fatigue levels, depressive symptoms, and anxiety symptoms.”

View the full story at www.hcplive.com

Study: Cataract Surgery Has No Effect on Circadian Photoentrainment

When Baby Sleeps Near Mom, Guess Who Doesn’t Sleep Well?

The Difference Between Co-sleeping And Bed-sharing 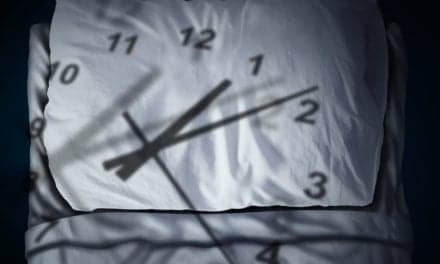 Are Your Patients Making Their Insomnia Worse?