The Cubs’ pursuit of their first World Series title in more than a century has infused the Chicago area with a jolt of excitement, but the thrills have come with a bleary-eyed cost for some fans, reports the Chicago Tribune.

Oftentimes fans will have trouble winding down when it’s time to go to bed,” said James Wyatt, director of behavioral sleep medicine at Rush University Medical Center. “It’s not just that it goes late. There’s the unpredictability of it, not knowing when it’s going to end. There’s also the possible contribution of alcohol.

“Alcohol could enhance the enjoyment, but it disrupts sleep. And many of these events are occurring right in the middle of the workweek, so it may curtail the number of hours people are in bed trying to sleep.”

Get the full story at chicagotribune.com 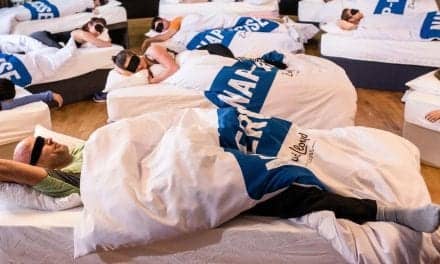 Snoring Problem? Your Dentist May Have the Solution

Sleep and REM Sleep Disturbance in the Pathophysiology of PTSD: The Role of Extinction Memory