The impact of upper GI conditions, like gastroesophageal reflux disease (GERD) and functional dyspepsia, on sleep was explored in a new study related to sleep dysfunction presented at the American College of Gastroenterology’s (ACG) 75th Annual Scientific meeting in San Antonio.

Functional dyspepsia is a common, but poorly understood, upper GI condition affecting approximately 10% of US adults. The condition is described as chronic abdominal pain and a sensation of fullness, pressure, or discomfort in the upper abdomen. This sensation is associated with eating as symptoms usually worsen after meals.

Routine exercise, for instance, appeared to decrease the likelihood of a patient suffering from sleep disorders. Functional dyspepsia patients also had higher scores for anxiety and depression, according to the study, suggesting that depression may be a contributing factor to functional dyspepsia symptom generation.

“Fatigue changes the sensation for pain,” said Brian Lacy, MD, PhD, associate professor of medicine, Dartmouth Medical School, who presented the results of the study. “The key finding here is that disordered sleep may affect nerve function in upper GI tract, which could lead to worsening dyspepsia, creating a vicious cycle leading to more pain and more insomnia,” Lacy said. He added that, “Future clinical trials for functional dyspepsia should include validated measures of sleep, as improvements in functional dyspepsia symptoms may be mirrored by improvements in sleep.” 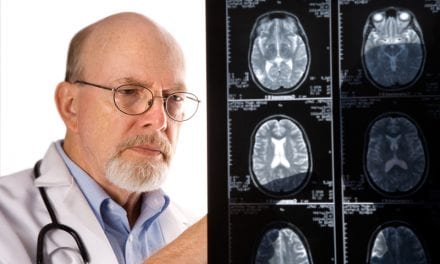 Insomnia? Oversleeping? Both May Up Stroke Risk