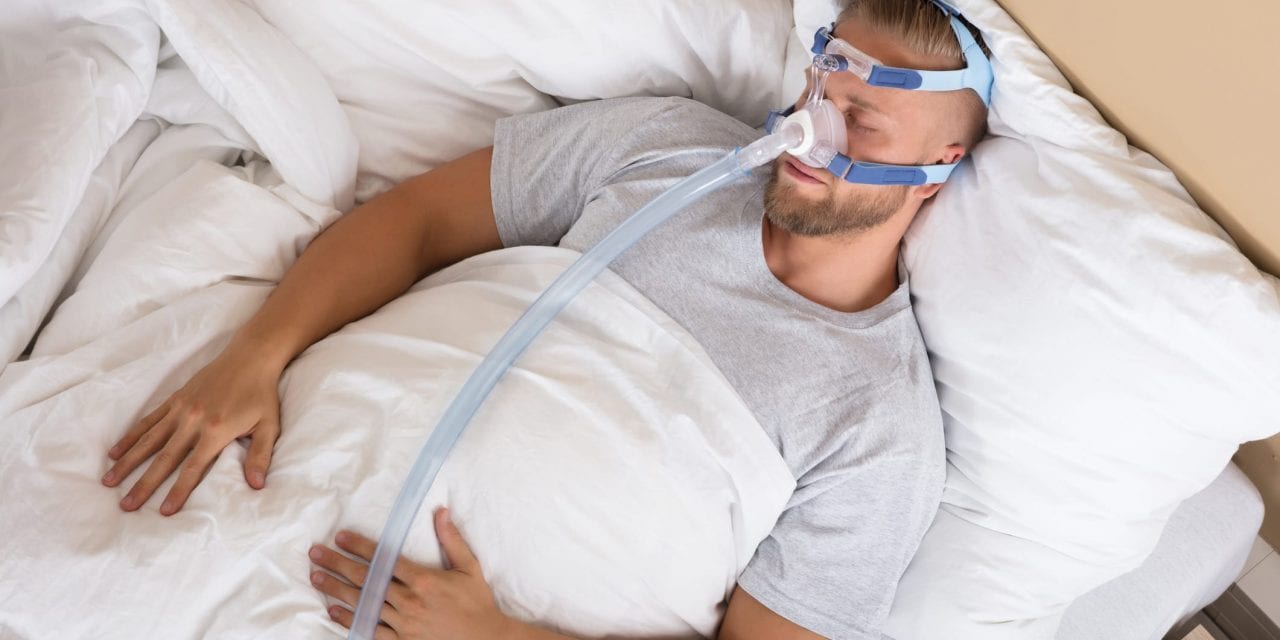 CPAP can improve energy levels and vitality in people who experience mild sleep apnea—that is, those with an apnea-hypopnea index between 5 and 15 events per hour—according to a new study.
This is the finding from a new study of over 200 patients, published in the journal The Lancet Respiratory Medicine, led by Imperial College London.

The research was conducted at 11 National Health Service (NHS) sleep centers across the United Kingdom, including the Royal Brompton & Harefield NHS Foundation Trust. Although previous trials have found a CPAP machine to improve symptoms of moderate to severe cases, the researchers say the significance of this study is it is the first large trial to find that mild cases of OSA can also be treated with this technology.

Lead author Mary Morrell, PhD, professor of Sleep and Respiratory Physiology at the National Heart and Lung Institute at Imperial, says in a release, “We are seeing increasing cases of sleep apnea, and in a wide range of patients. Although the condition was previously thought to mainly affect overweight men, we now know it also strikes post-menopausal women, the elderly, and even children.”

Morrell, who is also honorary researcher at the Royal Brompton Hospital, says, “Around 60% of all cases of sleep apnea are classed as mild, but until now we didn’t know whether a CPAP would be helpful to these patients.”

In the study, 115 patients were asked to use the CPAP for three months, while 118 received were given advice on improving sleep and avoiding anything that can exacerbate the condition, such as drinking alcohol before bed.

The research revealed those who used the CPAP machine had an improvement of 10 points on a vitality scale, compared to those who received standard care. The vitality scale assesses a range of factors such as sleep quality, energy levels, and daytime sleepiness. The researchers also saw improvements in a number of additional factors among the patients who used the CPAP, including fatigue, depression, and social and emotional functioning.

The researchers have not yet conducted an economic analysis of the cost to the NHS of treating mild cases of sleep apnea with a CPAP machine.

The research was funded by ResMed, who markets CPAPs, but the funder had no involvement in the trial methods or data analysis.

Patient Patricia Ware, 62, from Southall, tried a CPAP machine after being diagnosed with sleep apnea at age 60. She says, “My energy levels had been low for a while, but I started to consider whether I should see my [general practitioner] when my husband told me I was snoring very loudly. At one stage I even woke myself up through snoring.

“I finally decided to make an appointment when I started nodding off at work. I was working at a school at the time, and during the day colleagues told me that I’d fallen asleep. I was horrified as I didn’t remember drifting off. My doctor sent me for tests at Harefield Hospital, and the medical team asked if I wanted to take part in a trial using a CPAP machine. At first it felt slightly strange—and involved wearing a mask that just fitted over my nose. However it was soon discovered I was a mouth-breather, and so I was given a mask that covered my nose and mouth. After initial adjustments I found the machine very comfortable, and now don’t even notice I’m wearing it.

After a year and a half of using the machine I now feel like the old me. I have my energy levels back, and am now working as a steward at a football training ground and have not fallen asleep at work since.”