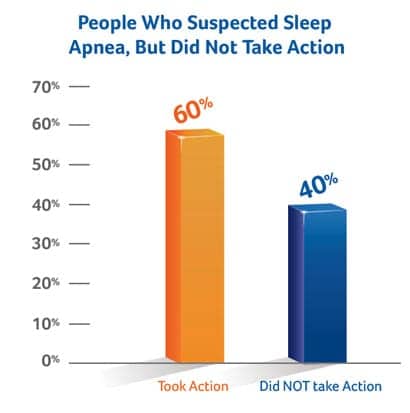 Forty percent of adults between ages 30 and 65 who suspect that they or their spouses/partners have obstructive sleep apnea (OSA) have not taken action to get diagnosed and/or treated, according to a survey by NovaSom Inc and The American Sleep Apnea Association (ASAA).

NovaSom, a maker of home sleep tests, and ASAA, a nonprofit that promotes awareness of sleep apnea, polled over 500 American consumers in September 2013. The results revealed a lack of awareness about the latest screening and testing technologies. 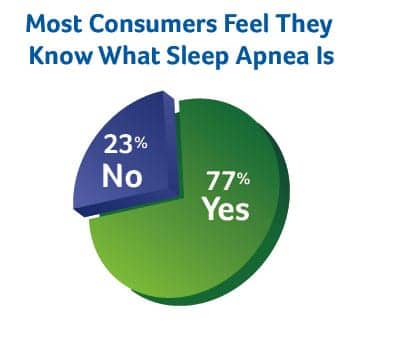 Awareness of sleep apnea is fairly high, according to the survey. The majority (77%) of respondents said they are aware of sleep apnea, and many (69%) of them know someone who lives with it. Most respondents (76%) also feel that they understand the associated risks of the condition.

Not everyone feels concerned enough about sleep apnea risks to take action. Forty percent of survey respondents who suspected themselves or their spouses/partners of having sleep apnea did nothing about it. Those who chose to do something discussed their concerns with their primary care physician (67%) and/or opted to complete a sleep study at a clinic or sleep lab (72%), the study found. 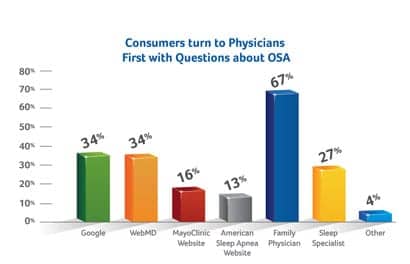 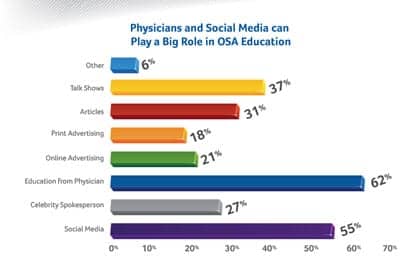 When respondents were asked where they would go to learn more about sleep apnea if they suspected that they or a loved one might have it, the majority of respondents (67%) said they would speak with their family doctor, followed by utilizing Google (34%) and WebMD (34%). 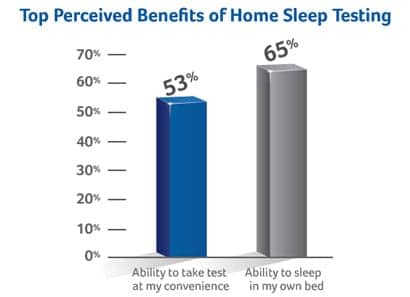 “The results of this survey validate the need to increase consumer awareness of sleep apnea risk factors and the convenient testing options that are available through their doctor, whether ultimately ordered by a family doctor, sleep specialist, or other medical practitioner,” says John Spitznagel, Chief Executive Officer of NovaSom, in a release.

A Guide to Sleep Apnea