Based on a request from the Food and Drug Administration (FDA), Somaxon Pharmaceuticals, San Diego, is updating information regarding the preclinical testing of SILENOR™ (doxepin HCl), a drug candidate for the treatment of insomnia. The preclinical program that Somaxon has initiated included studies involving genotoxicity, reproductive toxicology, and carcinogenicity. Unexpectedly for Somaxon, the FDA has requested that data from the genotoxicity studies and reproductive toxicology studies of SILENOR should be included in the original New Drug Application (NDA), leading the company to anticipate that an NDA submission for SILENOR could happen in the third quarter of 2007. According to a Somaxon release, “The company believes that the FDA’s request was not in response to any specific safety concern arising from ongoing or completed SILENOR™ clinical trials.”

SILENOR is currently in Phase III clinical trials. According to Somaxon, the drug, which is a low-dose formulation of doxepin HCI, acts on the histaminergic system and not on the set of brain receptors  known as the benzodiazepine, or GABA, receptors, like most approved insomnia medications do. Because SILENOR uses this different system to promote sleep, the company hopes that it will be a safer insomnia medication. Drugs that act on the GABA receptors have been  associated with amnesia, hallucinations, dependency, and addiction, and they are classified by the US Drug Enforcement  Agency as Schedule IV controlled substance.

A PDF of Somaxon’s updated statement on SILENOR can be downloaded from the company Web site at www.somaxon.com. 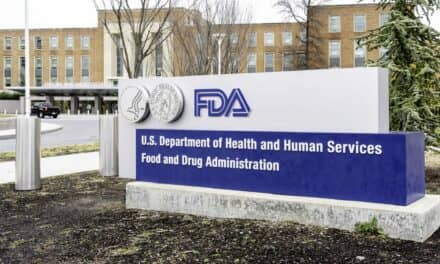