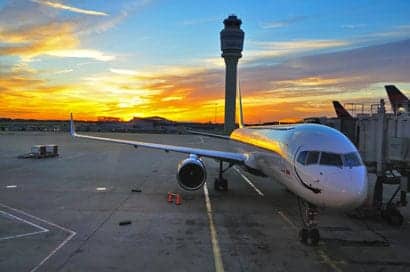 Pilots with a body mass index greater than 40 and a neck circumference of 17 inches or more will soon have to be tested for obstructive sleep apnea (OSA) before being allowed to fly, according to a bulletin issued by Federal Air Surgeon Fred Tilton, MD. “Untreated OSA is a disqualifying condition for airmen and air traffic control specialists (ATCSs), and it is a concern for the other modes of the Department of Transportation,” Tildon says in the bulletin. “Dr Nick Lomangino has been working on this policy for quite a while, and I think he has developed an outstanding product….The next step will be to require AMEs [Aviation Medical Examiners] to calculate the BMI for every examinee (both airman and ATCS [Air Traffic Controller]) by using a formula that is located in the examination techniques section of the AME Guide….Airman applicants with a BMI of 40 or more will have to be evaluated by a physician who is a board certified sleep specialist, and anyone who is diagnosed with OSA will have to be treated before they can be medically certificated.”

Once the FAA has handled examinees with BMIs over 40, it plans to expand the testing pool to those with lower BMIs “until we have identified and assured treatment for every airman with OSA,” the bulletin says.

The Aircraft Owners and Pilots Association (AOPA) quickly denounced this decision via a letter to the FAA administrator and is garnering some support in Congress, as, on November 21, a group of House General Aviation Caucus members introduced legislation to require the FAA to go through the rulemaking process before implementing policy changes related to sleep disorders. “We believe this policy inappropriately bypasses the rulemaking process; overlooks potentially more effective and efficient solutions; provides no clear safety benefit; and imposes unjustified costs on the user community,” AOPA President Mark Baker wrote.

Baker’s letter asserts there are “more affordable and less intrusive options” for addressing sleep disorders, including a provision in the AOPA/EAA Third-Class Medical Petition that would require pilots to participate in a recurring educational course that would teach them how to better self-assess their medical fitness to fly. The letter also warns that sleep apnea testing for the 124,973 airmen identified as obese by the FAA in 2011 could cost as much as $374 million. Affected pilots would also have to apply for a special issuance medical certificate at a time when the FAA already has a backlog of 55,000 cases.

The issue is reminiscent of the argument for and against mandated OSA testing in the trucking industry. In that situation, Congress passed a bill requiring the formal rule-making process be followed and forbids the issuing of any informal guidance on this subject.