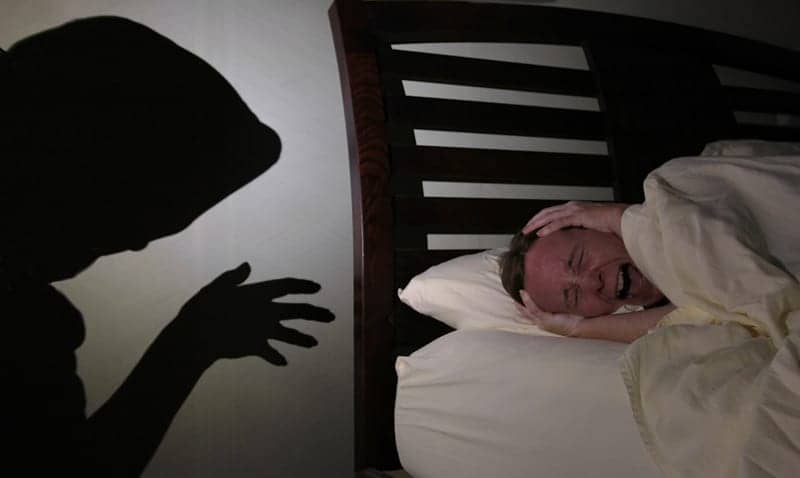 Pisko says a goal of the study, which examined the medical history and clinical data from polysomnography and multiple sleep latency tests (MSLT) of 118 narcolepsy patients, was to provide epidemiological data and stress the importance of these symptoms, because “we find it quite under-estimated, under-investigated, and not sufficiently treated.” The researchers also wanted to determine if excessive oneiric activity contributed to interrupted nocturnal sleep, impaired daytime sleepiness, and if there was association with other sleep comorbidities.

The study results showed frequent nightmares in one-third of patients, which occurred equally in patients with and without cataplexy. “This discovery could help in future efforts to understand neurobiological mechanisms of nightmares,” says Pisko. For example, an equal proportion of nightmares in both narcoleptic groups can indicate a small or no role of hypocretin/orexin in the clinical manifestation of this symptom, as there is a higher deficit of this neurotransmitter in narcolepsy with cataplexy.

“Importantly, in narcoleptic patients, nightmares show poor response to current treatment of other narcoleptic symptoms,” Pisko says. “We hope that our study may inspire efforts to seek optimal pharmacological or psychological intervention.”

Based on quite different clinical pictures and biological findings in narcolepsy with and without cataplexy, the researchers did not expect an equal occurrence of nightmares in the two groups. “This finding indicates that neurobiological mechanisms of cataplexy are not associated with this disturbing oneiric phenomenon,” Pisko says. “However, our findings suggest that nightmares may interrupt nocturnal sleep more intensively in narcoleptic patients with cataplexy. This finding should be further explored, and if confirmed, it may be important to search the cause of this difference.”

Poor response to treatment was another surprising finding of the study. “We can’t exclude the possibility that some medications may even worsen the occurrence of vivid dreams and nightmares,” says Pisko. For example, dopaminergic stimulation or antidepressants may extremely interfere with oneiric activity.

The study’s findings show that nightmares in narcoleptics should not be clinically neglected, as it is proven that nightmares can cause significant subjective distress and they are highly prevalent. “Thus, we consider any help—including calmer nocturnal sleep—as highly indicated in these patients,” Pisko says. “Medicine and neurobiology are extremely rapidly evolving disciplines, and hence, we can expect even new pharmacological and psychotherapeutic possibilities.”

Looking ahead, the researchers plan to study potential psychological causes or consequences of disturbing dreams in narcoleptic patients, including personality, cognitive, and mood disorders. “We would like to find out more about the exact severity and frequency of nightmares in these patients and factors that worsen or improve their occurrence,” Pisko says. “Furthermore, we plan to examine in more detail the effect of medication, including positive or even possibly negative impacts.”

The disease could be a very useful neurobiological and neuropsychological “model” of mechanisms of dreaming. “Dreams are very fascinating and still mysterious phenomena that deserve profound attention, as they can be of clinical, scientific, or even philosophic importance,” Pisko says. “Neuroimaging and other modern methods of investigation can reveal new mysteries of dreaming.”

The authors recommend that clinicians who treat narcoleptic patients should inquire about their oneiric activity. “In the case of nightmares and other disturbing dreams, these clinicians should actively search any rational and available possibilities of medical or psychological help,” Pisko says. Sleep centers should refer such patients to psychotherapists who attend to the problems of the dreaming mind. Pharmacological studies should monitor not only the most known symptoms of narcolepsy, such as sleepiness or cataplexy, but also disturbances of oneiric activity.