Restless legs syndrome (RLS) is characterized by leg paresthesias and/or dysesthesias with an irresistible urge to move the legs. Symptoms worsen or are exclusively present at rest and during the evening or night with at least partial or temporal relief by activity.

These four minimal criteria for the diagnosis of RLS in adults were propounded by the International Restless Legs Syndrome Study Group (IRLSSG) in 2003.1 It is a frequent disorder in adults and often leads to sleep disturbances, culminating in daytime sleepiness. The etiology still remains unknown. An idiopathic form of RLS with a positive family history in up to 90% of cases can be distinguished from a symptomatic form for reasons such as iron deficiency, uremia, and polyneuropathy. Adults with diabetes mellitus are four times as likely to suffer from RLS as adults without diabetes mellitus.2

Researchers commonly report the onset of RLS symptoms during childhood/adolescence. In 38% to 45% of cases, it begins prior to the age of 20.3,4 In view of the 5% to 10% prevalence rate of RLS in caucasian adults with more women affected12,5-7 and an early onset of the disorder in about one third of the patients, RLS in children may be common.8 The prevalence in childhood, however, is still unknown.

In a recent study, parents of 866 children aged 2 to 13.9 years were asked to fill out the Pediatric Sleep Questionnaire to get information about the sleeping habits of their children9; 17% of the parents reported “restlessness of the legs when in bed,” and 8% of the parents reported “growing pains that are worst in bed” in their children. In this population, higher levels of inattention and hyperactivity appeared to be associated with symptoms of RLS and of periodic limb movement disorder (PLMD), a condition characterized by periodic leg movements during sleep (PLMS) associated with sleep complaints but without the sensory symptoms of RLS.9,10 A 2003 study of 1,084 unselected children in pediatric practices reported an overall prevalence rate of 1.3% for RLS.11

For the study, we asked consecutive children with type 1 (insulin-dependent) diabetes mellitus as well as their parents and siblings about RLS according to a standardized questionnaire. The prevalence rate of RLS in children and adolescents with diabetes mellitus as well as in their siblings was 2% each, and therefore similar to the prevalence reported in unselected children visiting a pediatric practice in a recent study.11 Reports on the frequency of sleep problems were similar in patients and siblings with approximately 8% of all children suffering from problems of sleep initiating, 5% from problems of sleep maintenance, one third from daytime tiredness, and 13% from snoring. These prevalence rates are similar to the rates in children at general pediatric clinics16 as well as preschool children.17

There was a significant association of higher HbA1c (hemoglobin type A1c) values with sleep-initiating problems. However, problems of sleep initiating and sleep maintenance also often occur in healthy children. Hyperactivity, increased motor activity, exhaustion, and general irritability may be manifestations of fatigue caused by sleep disturbance for children with and without diabetes.

Adult diabetics have higher rates of insomnia, excessive somnolence, and hypnotic use than controls, suggesting a complex relationship between diabetes and sleep disturbances.18 The significant association of higher HbA1c values with sleep-initiating problems in this study also suggests a direct relationship in children. An optimal controlled diabetes mellitus might be associated with an improved sleep but needs further investigation.19

The diagnosis of RLS in children is a challenge for the clinician as he or she needs to consider several differential diagnoses (growing pains, attention-deficit hyperactivity disorder [ADHD], and rheumatoid diseases) and younger children may be unable to express their symptoms sufficiently. Previous studies have commonly employed the IRLSSG criteria for adults or interpreted the symptom of “restlessness of the legs when in bed” as an indicator for possible RLS in children.9 The German Sleep Society has meanwhile proposed diagnostic criteria for RLS in children.15 These are:

The neurological examination should be normal. Keep in mind that the description depends on the child’s chronological and developmental age and one should not expect it to be as detailed and clear as the description for adults. As children may have other reasons for intermittent dysesthesias in the legs, such as growing pains, it was suggested that the time criterion and a subjective distress be made part of the diagnostic criteria.15 The diurnal variation of the symptoms, at least at the beginning of the clinical course, seems to be an essential characteristic of RLS. Symptoms may not occur daily during a 6-month period but may be present more than 50% of the time. The polysomnographic recording of increased PLMS supports the diagnosis of RLS in adults1.20; however, a high PLMS index can be found in children without other symptoms of RLS or with another sleep disturbance, for example, in young patients with sleep apnea syndrome21,22 or in children with juvenile fibromyalgia syndrome.23 It is unknown how many healthy children also show PLMS or dyskinesias while awake. The observation of PLMS by parents is usually not valid, therefore, PLMS was not included in the proposed diagnostic criteria for RLS by the German Sleep Society.15

RLS and/or PLMS and PLMD during childhood have frequently been reported as a comorbid condition during the last years, for example in Tourette disorder24 and in ADHD.25-28 Additionally, symptoms of RLS frequently appear in parents of ADHD children.28,29 Both disorders can be positively controlled by the dopamine agonist pergolide,30 suggesting a common genetic basis or a common pathophysiology for both disorders. The disorder and its resulting problems (sleep disturbances) may therefore represent a common but possibly under-recognized problem in children and adolescents.

To date, little is known about the efficacy of dopaminergic treatment of RLS in children. PLMD and/or RLS seems to occur more frequently in children with ADHD than in controls and probably accounts for complaints of disturbed sleep; however, researchers do not yet fully understand the pathophysiological link between ADHD and RLS/PLMS. Hypothetically, both disorders may arise from central dopaminergic deficits or a disturbed ba
lance of the dopamine metabolism. Increased motor activity during the day due to hyperactive behavior may also contribute to the generation of PLMS or RLS symptoms. This has been reported by some adult patients who experienced a worsening of their nocturnal symptoms concomitant with an increase in their daytime activity. The hypothesis of a linkage between both disorders was strengthened by the positive effect of pergolide treatment on RLS/PLMS and ADHD and dopamine agonists and levodopa, which may be used for treatment of RLS in children.30

Svenja Happe, MD, is director of the Department of Clinical Neurophysiology, Klinikum Bremen-Ost/University of Göttingen, Germany. 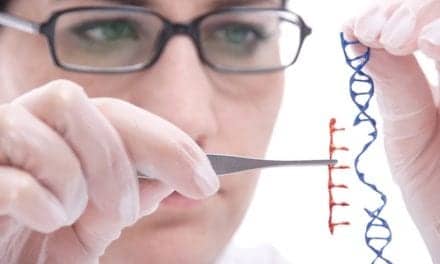 Unraveling the Genetic Basis for OSA

Burning the Candle: Most US Kids Lack Sleep

Learning on the Web