Since the earliest part of the nineteenth century, it has been noted that more than 20% of epileptics have seizures exclusively at night and we now know that sleep influences the expressions of epileptic disorders.1

Seizures occur predominantly or exclusively during sleep in several epilepsy syndromes including benign Rolandic epilepsy of childhood, some forms of temporal lobe epilepsy, and a variety of extratemporal lobe epilepsy syndromes. In two of the most common forms of idiopathic generalized epilepsy—general tonic-clonic seizures upon awakening and juvenile myoclonic epilepsy—seizures are provoked by arousal, the shift from sleep into the waking state.

Seizures and their risk of occurrence have been studied for decades. At the 1965 annual meeting of the American Epilepsy Society (AES), Frank Morrell, MD, presented 12 triggering mechanisms that are still applicable today2 (Table 1).

Sleep Stage and Seizure Activity
At the 2001 AES annual meeting, Beth A. Malow, MD, associate professor of neurology and medical director, Vanderbilt University Medical Center, Nashville, Tenn, revisited the same question, “How can our patients be fine most of the time?” “What factors trigger their seizures?” “Non-rapid eye movement, (NREM) sleep is associated with the greatest increases in epileptic activity in the brain.”3

Case Study
Lawrence T. Ch’ien, MD, DABSM, co-medical director, Regional Sleep Centers, Memorial Health Care System, Chattanooga, Tenn, specializes in pediatric neurology and sleep disorders. He has treated many children and adults with both epilepsy and sleep disorders during his two decades of practice in sleep medicine. Over the past 4 years, Ch’ien has treated an adult female of child-bearing age, who has obstructive sleep apnea (OSA) and nocturnal seizures.

The patient first presented to the center with a complaint from her and her spouse of an initial episode where she had fallen out of bed gasping for air around 4 am with the inability to talk, her eyes open and rolled upward, biting her tongue, and extremities jerking. She reported remaining confused for up to 6 hours after this episode. According to Ch’ien, the feeling she reported in the last part of her complaint is of special interest since it is consistent with most patients who have had seizures.

Prior to this event, the patient’s medical history did not included any record of benign Rolandic epilepsy or other known postadolescent seizures. She is morbidly obese (with a body mass index of 46.6) and has diabetes mellitus, depression, gastric esophageal reflux disease, hypertension, cardiac arrhythmia, and migraines. At the time of her initial evaluation, she was being treated for all her medical problems except nocturnal seizures, and had a recent CT that was normal.

As part of her evaluation with Ch’ien, daytime, sleep-deprived, 22-channel electroencephalography (EEG) was performed with intermittent photic stimulation and hyperventilation. During the EEG, the patient was awake and at times drowsy, but had no identifying epileptiform activity. Since her EEG was unremarkable and her likelihood for having OSA was high, Ch’ien ordered her to undergo a polysomnogram with nocturnal seizure montage.

The patient’s 8-hour polysomnogram (with seizure montage) revealed a respiratory disturbance index of 25 events per hour, disturbed sleep architecture with increased transitional and NREM sleep, and oxygen desaturations (measured by pulse oximetry) to a nadir of 84%. During the polysomnogram, no seizure activity was identified.

On the next night of testing, the patient underwent nasal continuous positive airway pressure (NCPAP) titration (recorded on seizure montage), which diminished snoring and all sleep-disordered breathing. Normalized levels of oxygen saturation were at 17 cm.

On the patient’s CPAP titration, she had two incidents of epileptiform activity recorded. Both events arose from NREM sleep and were recorded at an optimum CPAP pressure of 17 cm. The morning after her NCPAP titration, the patient did not recall any awakenings, and her subjective feeling about the restorative nature of her sleep was about the same. In addition to the other medications she had previously been prescribed, Ch’ien prescribed 25 mg of topiramate two times per day and NCPAP at 17 cm water pressure.

Since the beginning of her evaluation and course of treatment, the patient has reported feeling much better and has been without any episodes similar to that which occurred when she initially presented to the center.

The number of cases like the above mentioned are growing, and practitioners have an ongoing need for new information. Malow has performed extensive research and written many articles on epilepsy, as well as about the incidence of nocturnal seizures. She is currently involved as the principal investigator in an ongoing clinical trial in conjunction with the National Institutes of Health, which addresses one of sleep medicine’s definitive questions on the subject of “whether treating OSA in patients with epilepsy improves seizures, daytime sleepiness, and quality of life.” The name of the study is Effects of Treating Obstructive Sleep Apnea in Epilepsy.4

The study is based on the premise that despite appropriate treatment with medications, individuals with epilepsy often continue to have seizures, and many suffer from excessive daytime sleepiness and poor quality of life. Evidence from case studies suggests that treatment of coexisting OSA—stoppage in breathing during sleep—can reduce the frequency of seizures in people with epilepsy that is resistant to antiepileptic medication. In this study, individuals with symptoms of OSA and four or more seizures a month who meet study criteria will undergo polysomnography—a test that continuously monitors normal and abnormal physiological activity during sleep.
Those individuals who test positive for OSA will be randomized to either therapeutic or placebo CPAP for 10 weeks, during which time seizure frequency, daytime sleepiness, health-related quality of life, and CPAP compliance will be assessed.”

Discussion
Due to the nature of the relationship between OSA and nocturnal seizures, sleep centers should strive to have their staff educated about when nocturnal seizures may occur and in what type of patients those symptoms might appear.

The importance of the history and physical review (which has always been required in accredited sleep laboratories) should be reemphasized to the technical staff when a seizure montage is ordered on patients. Special presentation of a laboratory’s seizure montage at a technical staff meeting may prove to be a valuable investment of time. While a qualified technologist could adequately relate and cover this, a qualified physician speaker would certainly be preferred. Differences in the EEG’s morphology, paper speed, effects of medications, special safety precautions, policy review, and even technician to patient ratios may be reconsidered when routinely testing patients with this dual diagnosis.

Conclusion
Presently, the advances in technology of sleep acquisition systems offer physicians and technologists a diverse and expanding range of options in recording and identifying seizures during polysomnography that were not available a decade ago. Although there are complete systems and programs dedicated to seizure detection and neurosurgical treatment, the average sleep laboratory must rely on the advances in equipment and its staff’s level of training and expertise to identify nocturnal seizures. Recurrent training for any sleep center’s technical staff should include a “how-to” approach to recording and recognizing seizure activity. 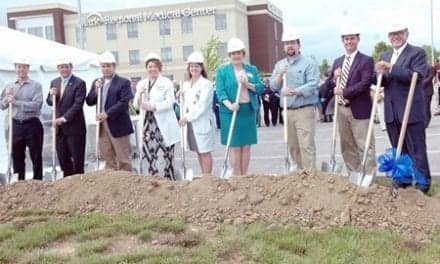 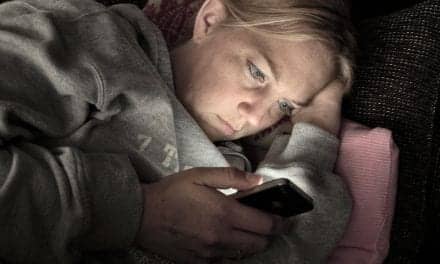