Maggie's Law and Beyond

The quest for bringing awareness of drowsy driving to the forefront continues.

By Muhammad A. Sayed, MD
After many long years of education, lobbying, and legislation, it has finally become generally understood that drinking while driving is dangerous and morally wrong. It is unfortunate that there was ever a time when many people would not think twice about getting behind the wheel while intoxicated, and because of that, many others had to lose their lives. I believe that the time has come for us to wake up and challenge a similar public safety hazard on our roads, namely drowsy driving.
More than 1,550 deaths, 76,000 injuries, 100,000 police-reported crashes, and $12.5 billion in monetary losses are the annual result of drowsy driving, according to the National Highway Traffic Safety Administration (NHTSA). In a study of fatal crashes on the New York Thruway, an estimated 45% occurred because the driver fell asleep at the wheel. Another study showed that 31% of fatal-to-the-driver commercial truck collisions were caused by drowsiness. The annual indirect cost estimate of sleep-related problems is $50–$100 billion, due to accidents, litigation, property destruction, hospitalization, and death. While this translates into an enormous human and financial cost, there has not yet been an organized attempt by the media, health care professionals, or the government to increase awareness of these dangers, show people how to reduce their fatigue, and, finally, hold them accountable if they knowingly drive while exceedingly tired.
The diversity of people who are at a higher risk of drowsy driving-related accidents is quite startling. Because of the number of miles driven each year, and the fact that they tend to drive a lot at night, commercial drivers are obviously in a greater risk category. A shift worker often has to battle fatigue when working at nights, and studies suggest that 20% to 30% of those with nontraditional work schedules have had a sleep-related driving mishap within the last year. People taking certain medications, such as narcotics, sedatives, and antidepressants, may have impaired attention and ability to react. Many sleep disorders can cause excessive daytime sleepiness (note that approximately 60 million Americans are suffering from some type of sleep disorder), and narcolepsy may even cause sleep attacks. A person who sleeps 6 to 7 hours a night is twice as likely to be involved in a crash than someone sleeping 8 hours or more. Sleeping less than 5 hours increases the risk four to five times. A North Carolina state study showed that 55% of fatigue-related crashes involved people 25 years old and younger, and 78% of them were males.
Increasing Public Awareness

With such a large number of people potentially at high risk, the question is really what can possibly be done. Of course, the first step has to be increasing public awareness of the problem. Although drowsy driving has not traditionally received much media attention, it has been in the news after the tragic deaths of such well-known figures as Brian Lefley, the NHL hockey player and winning coach of the Italian national team, who was killed when he dozed at the wheel and ran into an oncoming truck, and screenwriter Paul Jarrico, who died after his car ran off Pacific Coast Highway in California when he apparently dozed off at the wheel driving home from a ceremony. Mike Tyson, the former heavyweight boxing champion, dumped his motorcycle when he snapped out of a snooze to find himself about to run over his traveling companion.
In addition, people have to understand that being tired is not just a nuisance, but rather it is an unhealthy state of being that affects our general health and really incapacitates our ability to concentrate and make quick decisions that are critically important functions while driving. “We are so accustomed to being fatigued and tired and sleepy that it’s part of our daily life, and we think nothing of getting behind the wheel and driving despite the horrible ramifications of that act,” says Marcia Stein, senior director, public relations of the National Sleep Foundation, Washington, DC. Unfortunately, people are not really aware that many interventions are available to decrease their fatigue. Some may simply need to learn more about healthy sleep and waking habits, while others may have underlying health problems such as sleep apnea, which can be diagnosed and treated by a sleep medicine specialist. In short, people need to start talking to their physicians if they are chronically tired, and physicians need to start asking their patients about their fatigue as a matter of routine. One step that we have taken in our sleep disorders center is to sponsor health fairs aimed at increasing public awareness about sleep disorders and offering free screening to anyone who is interested. In particular, free screenings should be offered to those people who are on the road the most, such as commercial and public transportation drivers.
Drowsy Driving Countermeasures

Personal responsibility for safe driving increases when measures are taken against chronic fatigue. There are common sense measures to take when feeling drowsy while driving, such as pulling over and taking a 20 to 30 minute nap. Many products are currently available that can be either worn by the driver or installed in the car that monitor the alertness of the driver. There is a device available that is worn by the driver and sounds an alarm if it detects the wearer dozing off. There is also a small, computerized, electronic device that monitors corrective movements of the steering wheel with a magnetic sensor. When normal corrective movements cease and lack of wheel movement is detected, the driver is alerted by an alarm, which can be heard above the radio and vehicle noise. The alarm is automatically reset as soon as normal steering motion is restored.
Government safety associations are investigating further methods and devices to monitor and improve safe driving. For that purpose, NHTSA is partnering with the Carnegie Mellon Research Institute, the Department of Defense through the Naval Health Research Center, and the University of Pennsylvania. They are improving devices that can detect drowsiness in commercial drivers under actual driving conditions. These devices collect over-the-road behavioral and performance data from drivers during their normal course of business. These data will be processed through a warning system geared to improve drivers’ alertness and motivation to stop and rest when needed. Another government program is offered through utilizing the Artificial Neural Network, which can detect the steering angle patterns and classify them into drowsy and nondrowsy driving intervals with great accuracy.
Breaking the Law

Placing yourself behind the wheel with passengers is also placing the lives of others partially in your hands, and drowsy driving is not safe, responsible driving. People need to be accountable for poor decisions. The State of New Jersey passed legislation in 2003, called “Maggie’s Law,” which allows prosecutors to charge a motorist with vehicular homicide, punishable by up to 10 years in prison and a $100,000 fine, in the event of a deadly crash if there is evidence that the accident was caused by sleepiness. The new measure defines drivers as “knowingly fatigued” if they have been awake for more than 24 consecutive hours. The law is named after Maggie McDonnell, a college student who was killed in 1997 by a driver who admitted to being awake for 30 hours before he crashed head on into her car. Even without legislation, there have been cases of drowsy drivers receiving prison sentences. A driver of a tour bus taking church groups home from Niagara Falls was sentenced to 10 years in prison. He admitted that he was gambling and skipped sleeping before the crash that killed five people on the New York State Thruway outside of Rochester. In 1997, a Virginia judge sentenced a driver to 5 years in prison because he fell asleep on his morning commute; he killed two people and then headed to a business meeting. Legislation, however, would provide law enforcement with more effective tools to investigate and prosecute drowsy drivers. It would also bring more public awareness to the issue. “I think someday you’ll see this as a national law. I think you’re going to have a lot of states considering it,” says New Jersey State Senator Stephen Sweeney, who was the primary sponsor of Maggie’s Law. Highway safety advocates hope that perhaps even the federal government will follow the state’s lead in criminalizing drowsy driving. Health care professionals need to consider that their care should extend beyond seeing and helping individual patients. If health care providers work toward passing important health care and public safety legislation, they can help not only their patients, but millions of their fellow citizens.
Personal Experience

My personal work experience as a staff member of Senator Edward Kennedy’s Health, Education, Labor, and Pensions Committee has left a lasting impression on me, and has given me a new life perspective. With the increasing involvement of health care professionals, there were many successes, such as the continuously increasing National Institutes of Health funding, introduction of the bipartisan cloning bill, and the allocation of more funding for graduate medical education. The involvement of informed health care professionals has greatly contributed to these legislative achievements.
Hopefully, with the increasing public attention being given to the dangers of drowsy driving, the accessibility of effective medical intervention to combat fatigue, and the availability of devices to assist drivers in monitoring their alertness level, more drivers will take action to prevent themselves from dozing at the wheel. Federal regulations for drowsy driving similar to those for medical disorders such as epilepsy need to be developed and implemented. Such a step is necessary in order to make our roads safer and prevent further loss of lives.
Muhammad A. Sayed, MD, is medical director at the Cascade Valley Sleep Disorders Center, Arlington, Wash. 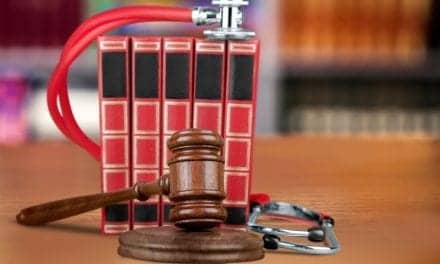 It Pays To Get Your Zzz’s: Why Companies Are Paying Employees To Sleep