Medtrade Spring takes place March 10-12 (Monday to Wednesday), 2014, at the Mandalay Bay Convention Center in Las Vegas. Unlike previous years, the Expo is Tuesday and Wednesday, instead of Wednesday and Thursday. Monday will be packed with in-depth workshops.

“Time is valuable for all attendees,” says Kevin Gaffney, group show director, Medtrade, in a release. “We are condensing Medtrade Spring a bit in an effort to make it as efficient as possible.”

Part of that effort involves bringing back the 6-4-18 Series, specifically designed to provide six building blocks for success in the next 18 months. At this year’s Medtrade, these presentations were included with a conference pass, but Medtrade Spring 2014 will offer a new, value-added twist.

“6-4-18 is going to be open to all,” says Gaffney. “We are hoping to make it easy. Medtrade is committed to survival and success of the HME industry. By making these important sessions open to all, we believe a large number of providers will benefit.” 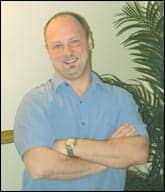